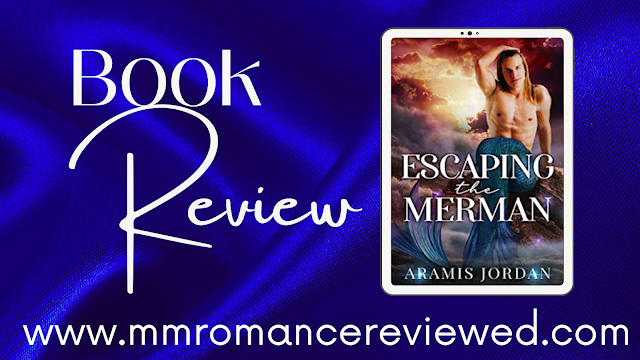 On the year anniversary of the publishing of Escaping the Merman, Auburngeo has given us their review, asking, "What do you do when you are captured by a merman?  How do you make a relationship work with another man?"
From the blurb:
A handsome sailor who thinks he’s straight. 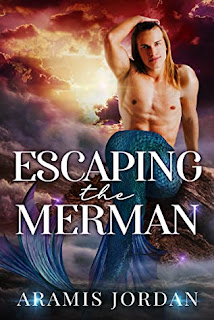 A beautiful merman driven by desire.
Fernando knows he’s in trouble when his ship runs into a merman colony. Infamous for luring in ships with their ethereal song, mermen are feared. Fernando tries to escape, but when he lays eyes on gorgeous merman Arian, he wonders: does he even want to get away?
Arian loves men and cannot believe his luck when a ship sails into his archipelago. When his gaze falls on Fernando, Arian wants him and no one else. But mermen are dark creatures, and it’s not a question if things will go wrong - it's when.
Escaping the Merman is a 70,000 word gay-for-you romance with a dark side. It features an intense love story and plenty of steam.
Tropes: Gay for you, Kidnapped by the hottie
Auburngeo's Review:
I have to say that I did enjoy reading Escaping the Merman.  I will be honest and say I thought about putting it down and not finishing it.  I am glad I stuck with it until the end, because it is a good book.
Fernando is a straight sailor who gets caught up in a merman’s song.  Arian is the merman who captures Fernando.  The two men become very intimate.
For the longest, Fernando holds to his “straightness” even though Arain has feelings for him.
Eventually Fernando is able to leave Arain and he has a moment of emotional clarity.  But one can ask how does a relation with a merman and remain viable.  Read the book.
Rating: 4 Stars
Escaping the Merman  is currently available in e-book and paperback and can be read as part of your Kindle Unlimited Subscription
4 Stars Auburngeo DubCon Fantasy high heat kidnapping KU merman