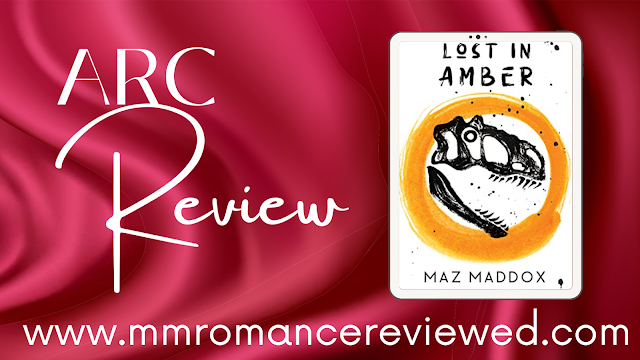 Lost in Amber is a delicious slow burn second chance romance with a hunt for a stolen relic
From the blurb:
Being alive for millions of years means I’m rarely surprised. 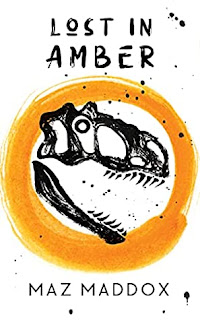 In the long expanse of my existence, I’ve been rescuing fossils for only a breath. During that time, my path has crossed with many different people — shifter and human alike.
Some friendly, some nefarious.
A hundred years ago, one such man graced me with his presence.
He was one of the few to have almost killed me.
Imagine my surprise when I see him again, buying the rarest amber fossil to have ever been discovered.
Precious. Beautiful. Unique.
A true treasure millions of years in the making.
I won’t let him get away again.
Jacquie's Review:
Yu and Lance met a hundred years ago and nearly became something but missed their chance.
Reunited on accident in China, they pair up to find a stolen relic but these guys are from 2 very different teams with dissimilar goals.
Slower to get going for me, I found the plot and action all picked up in the last third with the arrival of some old faces. Really, Ruben and Xiang stole the show and I really want more from both. I'd have loved an epilogue from Lance and Yu but enjoyed the one we got. I'm hopeful that book is next.
Lost in Amber has a different vibe from the others, Yu is much more restrained compared to Dalton or Royal, though it still has fun moments.
I love this series and can't wait for more.
Rating: 4 Stars
SNik's Review:
Lost in Amber is the fourth book in the RELIC series, best if read in order due to background story. Slow burn. Dual POV.
Lance is on a mission in China to purchase a rare dinosaur amber fossil, and doesn’t expect to run into a man he originally met 100 hundred years ago.
Yulong also wants the fossil, but when it is stolen he works together with Lance to try and retrieve the fossil while slowly falling for the man he had a connection with all those years ago.
I wanted more time with Yulong and Lance, more emotional connection, as I don’t mind insta-love when it is backed with a little more depth.
Also, now I am super curious about the men who make up Lance’s family back in Canada and I wish we had gotten a bigger peek into his background with them.
Not as over the top crazy romp as some of the other books in the series, but this still delivers on fun action and character banter and sweet interactions.
I was thoroughly entertained and still enjoying this series immensely.
Rating: 4 Stars
Lost in Amber is currently available in e-book and paperback and can be read as part of your Kindle Unlimited Subscription
4 Stars ARC dinosaurs Jacquie KU Paranormal second chance Shifters slow burn SNik