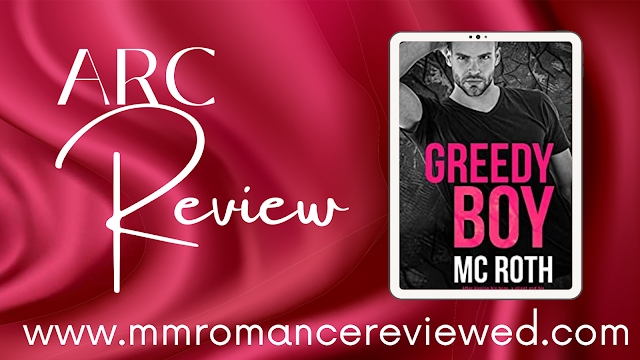 Is Simon really a Greedy Boy when he tries to have 3 completely different lovers or does he just have a big heart? 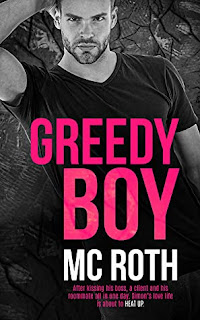 From the blurb
After kissing his boss, a client and his roommate all in one day, Simon finds that his love life is about to heat up.
Getting a beautiful man to look Simon’s way is usually the hard part, but that’s before he breaks his own set of rules—his ‘off-limits’ list that keeps him sane and stable. In a single day, he kisses his boss, a client and his not-so-straight roommate.
Maybe Simon is a greedy boy who sees the best in them, but he can’t help but want all three of them in his heart and his bed. Yet beauty can be deceiving. One man betrays him, leaving him with the devil and the devil’s worst enemy. Simon’s first priority is keeping them from killing each other, but when lives are threatened and the city turns against him, it may become an impossible task.
Jacquie's Review:
Though Simon never really has the discussion on page about being poly, one does happen about what is considered okay when Simon or one of the other partners aren't there.
Greedy Boy is high heat throughout and there is some violence against Simon. Told all from his pov it is still possible to get a sense of who his partners really are despite their actions.
I had a lot of fun reading this. The steamy scenes were great and plentiful. Simon's connection to his partners made sense and Simon in general was really sweet. He's a little oblivious and naïve but I liked that about him.
Each of the partners had flaws which made them a shade more realistic and their interactions were a lot of fun.
An entertaining read.
Rating: 4.5
Siobhan's Review:
Simon seemed something of a spirit animal to me because he was having his cake and eating it too, i felt so much to him as his character seemed to have his head in the clouds a lot as he seemed quite naïve but with such a cheery disposition.
The heat scenes were very high and it was certainly joyous to watch all three navigate their new found situation.
I had the absolute best time reading this and would love to delve deeper into this world as I felt like it gave me so much.
No one was without flaws and at times I wanted to wrap Simon in bubble wrap so he could be protected but his partners more then took care of that aspect.
Greedy Boy is such a fun read and I was thoroughly entertained with it.
Rating: 5 Stars
Heather's Review:
I love Simon.  Full Stop.  I kept thinking that he was the epitome of the Queen Song "I Want It All" - unabashedly taking what he wants, but at the same time, such a sunny, naïve person...  and creating such interesting situations for those around him.
I loved the interplay between each of the main characters and the intricacies of blending such obviously different worlds together to form a cohesive relationship... plus the steam was off the charts!
It may feel like vaguebooking a bit, but honestly I don't want to spoil the book for you... if you like polyamory, menage and finding your HEA with multiple partners than I highly encourage you to pick up Greedy Boy and see just why Simon gets that moniker.
Rating: 5 Stars
Janet's Review:
This was my first time reading this author and I can honestly say I’m going looking for more by them!!
Greedy Boy was fantastic I don’t really think Simon is greedy, he just has a big heart and loves big. Simon kisses three, his boss Rubric, Leo a Russian and his best friend Chris who is straight. I think Simon just has so many feelings, he’s a bit naïve and just loves big.
I overall really liked the story, it kept me engaged and wasn’t easy to put down. A fun read with good pacing.
Rating: 4.5 Stars
Check out an excerpt of Greedy Boy and enter a giveaway by clicking the graphic below: 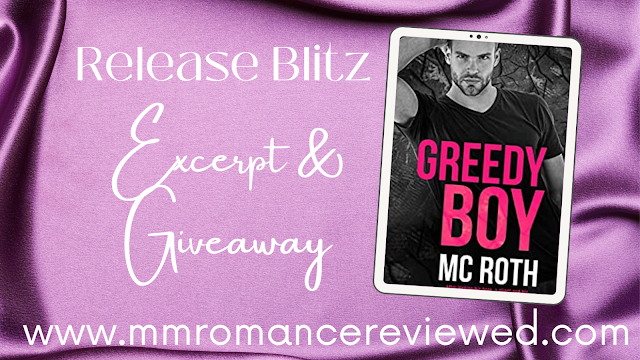