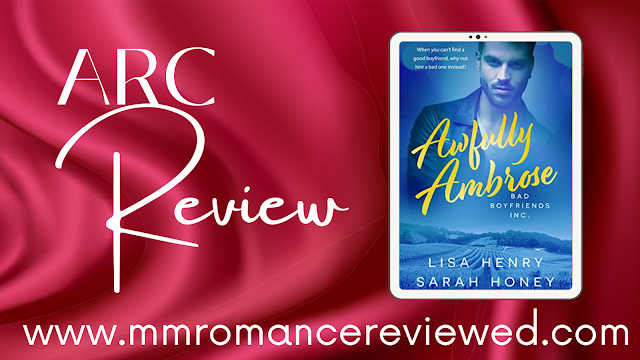 Bad Boyfriend, Inc—When you can’t find a good boyfriend, why not hire a bad one instead? 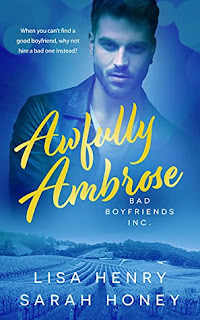 Liam Connelly is a university student in Sydney. He leads an orderly and predictable life of studying, working as a waiter in an upscale harbour restaurant and spending lots of time with his cat, trying to convince himself that after his last cheating boyfriend, he’s perfectly happy alone. Well, mostly happy.

Ambrose Newman is a Bad Boyfriend. Professionally. Someone’s parents don’t approve of that long-haired unemployed bass player they want to date? Well, that’s where Ambrose comes in. For a few hundred dollars a night, he’ll go to dinner with them and their parents and show them that the grass is definitely not greener on his side of the fence. It’s dead. When Ambrose brings a date to Liam’s restaurant, it’s not sparks that fly—it’s glassware.

When Liam needs a date to prove to his visiting parents that he’s not destined to die sad and alone, he calls Ambrose, desperate. If Ambrose can be a bad boyfriend for money, he can be a tolerable one too, right? Which works out great—right up until Ambrose is too nice, and Liam’s parents invite them up to their winery for the long weekend.

Suddenly Ambrose has to be a Bad Boyfriend again, to give Liam an excuse to ‘break up’ with him before his mum starts planning the wedding. But as Liam gets to know the real Ambrose, real feelings start to sneak into the fake relationship on both sides. Under the watchful eyes of Liam’s protective family, who have no idea what to make of Ambrose, their fake relationship evolves into a chance at something real.

When Ambrose has an ugly run-in with Liam’s sister’s fiancé—who’s an even worse boyfriend than him—it might cost him not only any chance he had of convincing Liam’s family that he’s not the nightmare they think he is, but his fledgling relationship with Liam, too.

Reader advisory: This book contains mention of physical abuse and a racist comment.

You'd think that a guy who was horrible to has last date would be the last person you'd want to date... but what if that was actually his job?  I absolutely love the premise of Awfully Ambrose!  Ambrose is the guy who gets hired to be the worst date, so that it smooths the way for what or who someone really wants to introduce to the parents...

The meet-cute is adorable - Ambrose at his bad date best and Liam is the waiter who has to clean up after his disastrous best.. so not an auspicious start - especially since Liam's not in on the secret...

This book has some laugh out loud funny moments, some touching and sweet moments and some steamy moments, all held together with a relatively low angst, fake dating trope and a crazy family! Liam's grandfather especially was a scene stealer (along with his Adeline)...

If you need a book to brighten up your day, I recommend checking out Awfully Ambrose.

I've gone for 4.5 since the book started out strongly with Ambrose on a date and demonstrating his acting skills in the restaurant Liam works in. That whole scene was hilarious.

Around the halfway mark the pacing dipped a little for me but Liam's family were utterly charming and the last third was so cute and fun. Honestly, Liam's grandpa kinda stole the show for me. I really enjoyed the family vineyard setting.

Ambrose won me over quite quickly and Liam was sweet. I'm really glad I picked Awfully Ambrose up

Ambrose was such a well written character, and I love that he was so sensitive about being a bad boyfriend when it really mattered!

The beginning of Awfully Ambrose was absolutely hilarious. I couldn't think of a single thing more he could have done to make that date any worse.

Liam I think was a bit of a coward, but they were such a great pair that I can forgive him. I think Grandpa was my favorite character though. I can't wait for Harry's story next!

This made me laugh out loud several times along with some serious giggling! I seriously loved the premise of the story. Awfully Ambrose is a sweet, low-angst and seriously hilarious story.

The start of the story was so funny, it totally hooked me and didn’t let me go. The story is well written, you can feel the emotions of Ambrose and Liam. I could feel Ambrose in his worry of really hurting Liam and his family with his antics. They had a nice progression in their relationship.

If I had to choose a favorite character it would be Liam’s Grandpa, he was a hoot.

Overall, a fantastically hilarious story that will leave you smiling! 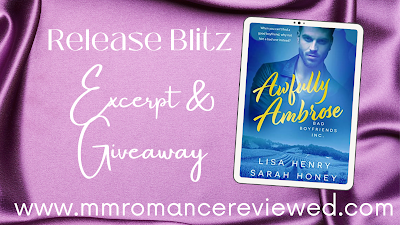