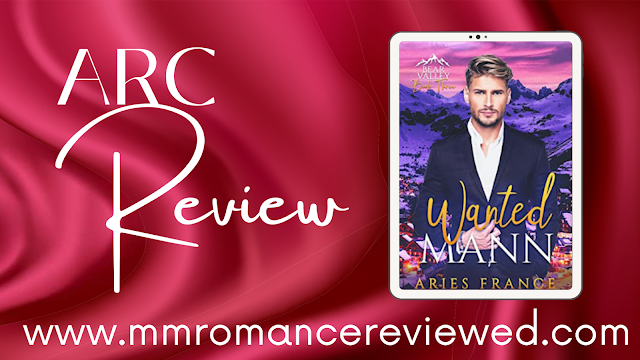 Wanted Mann is the third book in the Bear Valley Series and it does not disappoint! I would say it can be read as a stand-alone but this series is so good that you might find you want to read them all!
From the blurb:
Theo 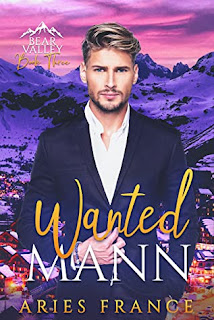 Ending up in Bear Valley is the only bright spot in a life that is not going according to plan. The life I want is one where I take over the family business, just like I have planned and dreamed since I was a kid. Even if my family no longer wants me, Bear Valley does. I am wanted here and I have purpose again, even with my secret side-hustle. And there is Matt Mann, who makes me want . . . so many things. But, his intense flirtation can’t go anywhere because while my family no longer wants me, they want something from me, and they won’t stop until they get it.
Matt
The only thing I have ever really wanted is the restaurant now sitting at the top peak of the Bear Valley resort. Despite its success there is something still missing. I’m not used to being a guy who wants things, and the thing I want most is Theo Donahue. I want him in my bed and in my life . . .and maybe even in my kitchen.
Wanted Mann is Book Three in the Bear Valley series and can be read as a standalone. Wanted Mann contains on-page descriptions of mild violence, homelessness, food insecurity, and mature sexual situations.
The Bear Valley series is a small-town MM romance series set in the fictional ski resort town of Bear Valley, Colorado. Each book follows one of four brothers to his HEA.
Reds Book Reads
I loved Wanted Mann! Theo is such a great character, and I loved how resilient he was and how determined he was to stand on his own feet, despite the stresses plaguing him. I also thought it was great how patient Matt was and how he knew he wanted Theo, but was willing to give him time and space when necessary.
I have adored all of the books so far in this series and this one is no different. The Mann brothers are just so protective and determined. I can’t wait for the next book in the series!
Rating: 5 Stars
5 Stars ARC Contemporary Reds Book Reads Series small town some violence Standalone