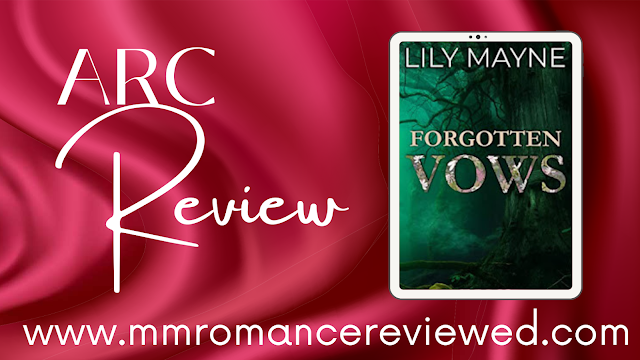 "I wish with every part of me that I had said the words back to him just once, even if I hadn't felt worthy of it. At least then he would have known, even for a short time, that I loved him more than anything. That he was everything to me." Forgotten Vows.
From the blurb: 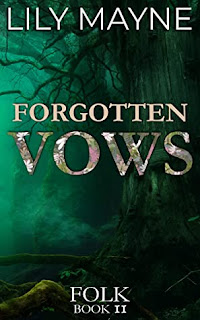 My mortal skin is gone.
I’m one of them. One of the Folk. And all I feel is anger.
I’m going to kill the Carlin and her sons for everything they did to me. It’s all I care about.
But first, I have to navigate this new world. My new skin. My new brother. And, when I fall into her clutches, my fae mother—the Brid. The Seelie Queen.
I don’t like what I’m becoming, but I can’t stop it. Something’s wrong with me. Something’s missing. There’s a hollow ache in my chest and I can’t fill it, no matter what I do. It’s like I’ve forgotten something vital from my time on unseelie land.
Why do I feel so incomplete? Why do I have an oath etched onto my skin, one I don’t remember making? Why is there a tiny black feather nestled in my throat that I can’t bring myself to take off?
Why do I feel so much longing every time I see a beautiful black-haired, black-eyed unseelie fae, even though I don’t remember him at all?
My life has become yet another game of cat and mouse, but this time it’s not just the Carlin and her sons trying to get me. New threats lurk, and I have to force myself into this new fae skin to be able to fight them.
Forgotten Vows is the second in a mm fae romance trilogy about a dark fae assassin prince and a ‘mortal’ who is thrown into the cruel world of the Folk.
Warning: This m/m love story contains explicit sexual content and is not suitable for young readers. It also contains depictions of violence, serious injury, death, minor drug use and deals with the death of a close family member. This trilogy follows the same couple who get their HEA eventually, but book two ends on a HFN.
Jacqueleen the Reading Queen's Review:
Talk about pulling at your heartstrings. Lonan completely broke my heart in this one. Watching him go through the pain of losing Ash, then having it thrown in his face time and time again that Ash doesn't know who he is when they cross paths. That had to be agonizing. Though Ash doesn't remember Lonan, and every time they meet he forgets their interactions again, he knows something isn't right. There is a longing in his heart. Something is missing and try as he might Ash cannot figure out what it is.
I liked getting to know Nua and Gillie more in this one. We learn of his history with the Seelie Queen and his connection to Ash. They are both likeable characters and if they betray Ash in the end I think I may cry. There are a lot of moving parts in this series. Whispered warnings and twisted words that foreshadow what's to come. I highlighted a lot so that I could go back and reference.
Forgotten Vows ends on a HFN, which I appreciated after the cliffhanger from book 1 that left me reeling. I'd say this ending contains a soft cliffy, just enough tease to get us ready for book 3. There are still too many major players in the game. The worst enemies are left and I'm certain it won't be easy. We have an idea of the end game, but when it comes to the fae it's anyone's guess how they'll get there.
Rating: 5 Stars
Forgotten Vows is currently available as an e-book and can be read as part of your Kindle Unlimited Subscription
5 Stars ARC Emotional Fae Fantasy HFN Jacqueleen KU Series Trigger Warning