Winning Over Harmon (Love Me Do #3) by Megan Slayer 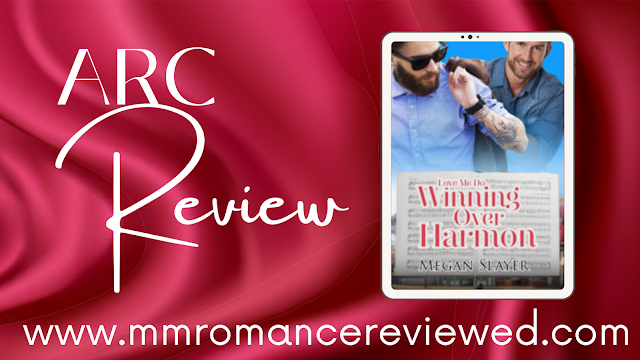 Winning Over Harmon is book 3 of the Love Me Do series and Laora says that it can be read as a standalone.

Second chances are possible if you’re willing to give love a chance. 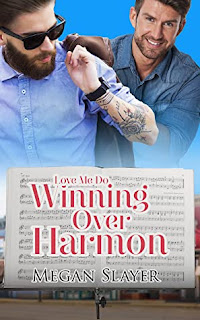 Harmon Keyes wasn’t looking for romance when he visited Roy Mars’ gallery show, but the moment he sees Winston Saint, he’s smitten. He has no idea who Winston is, but the attraction is off the charts. He also isn’t sure if he’ll ever see the man again. Can a trip to Dye Hard Style help get him together with Winston?

Michael Winston Saint knew the second he spotted Harmon that he’d fallen head over heels. He’d never forget the geeky guy who talked too much or that kiss full of electricity and passion. Unfortunately, he has to leave the gallery show before he can give Harmon his number. He returns to Norville for a rest and the chance to connect with his dream man. Winston’s determined to win over Harmon at all costs.

Will the teacher and the rock star be able to make a go of their relationship? Or will the gossip and complication of small-town life be more than they can handle?

I haven't read the two previous books in the series, but I do not feel like I missed crucial information.

I liked the concept of a hairstylist who doubles as a 'matchmaker', cue James. Harmon and Winston/ Michael seem like an unlikely couple but they are just right for the other. They seem opposites but the other brings just what they needs. The character of Winston is as I read it pan sexual, which I liked loving who you love and not make a fuss about it is the way forward.

For me Winning Over Harmon was a very low angst, likeable, easy, uncomplicated  hfn/ hea read with likeable and sweet mc's.

There is mention of substance abuse, but not happening on page.

Winning over Harmon is the third story in the Love Me Do series. The whole story takes place over a relative short time.

Harmon and Winston/Michael have a sort of instalove with a great connection. They meet, Winston disappears for two weeks then he’s back. Then within a week they are sleeping and moving in together. Winston introduces himself as Michael to Harmon.

That threw me because the story kept flip flopping between Michael and Winston, it got confusing at times. I really loved the character of Harmon; he was wholesome and down to earth. Overall, this was a good story, written well. 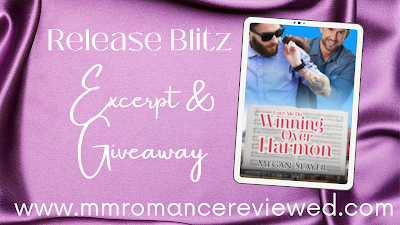