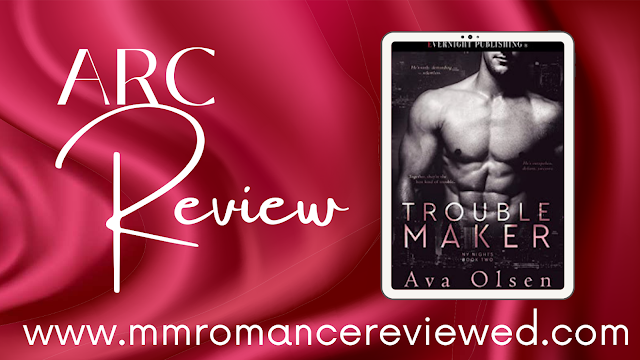 A feisty temporary assistant turns a workaholics life upside down. But can they work towards something long term when Luca is only there for a few weeks and Mac isn't sure if he sees having a family in his future.
From the Troublemaker blurb: 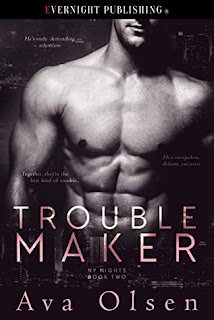 He’s surly, demanding, relentless.
Mac Duran runs a communications empire in New York City and lives to work. But ever since his best friend’s wedding, Mac wonders if there’s more to life than closing business deals. One man in particular grabs the CEO’s attention but misunderstandings from first impressions prove difficult to overcome.
He’s outspoken, defiant, sarcastic.
Luca Santino is an event planner who loves love and excels at organizing chaos. He has big dreams but finding a man to share them with proves elusive. Until a work crisis pushes Luca into Mac’s orbit, and a heated clash of wills sparks deeper desires.
Together, they’re the best kind of trouble.
Volatile chemistry ignites a love unlike any other. But Luca’s been burned by men who won’t commit, and Mac isn't sure he’s ready to let go of his workaholic ways. Are they strong enough to reach for their hearts’ desire?
SNik's Review:
Troublemaker is the second in  the NY Nights series, can be read as a standalone but might be more fun if read in order due to shared secondary characters. Close proximity. Dual POV.
Trying to start up his event planning business, Luca agrees to be the temporary PA for publisher Mac, even though he will have to try and ignore the attraction he feels for the demanding workaholic. Mac doesn’t want to need Luca, but the feisty, sexy man has him organized and drooling in a matter of hours.
Luca only does long term relationships and he hopes to start a family once his business takes off, so his few weeks in New York having a fling with Mac does not fit into his plans.
There is good push and pull between Mac and Luca, with chemistry and banter. More emotional communication would have pushed Troublemaker into a higher rating for sure. Both Mac and Luca are likable and feelings run hot fast with affection and steam.
Well written stories so there is no doubt I am interested in the third book which is planned for the series.
Rating: 4 Stars
4 Stars ARC boss-employee Contemporary Series SNik Standalone steamy