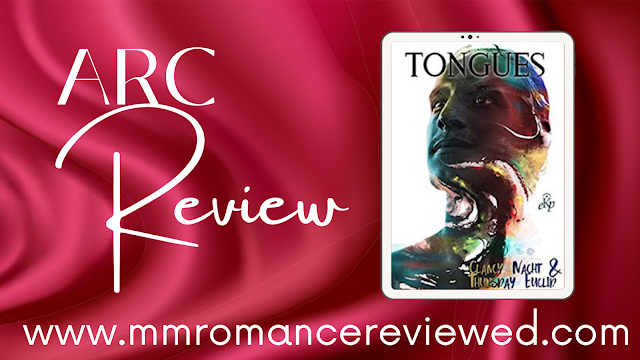 "I think that this one will sit in my brain rent free for a while." Jacquie on Tongues. 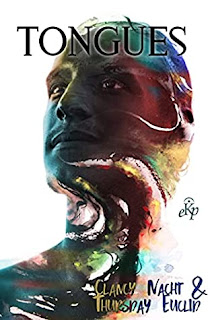 From the blurb:
Cosmically tormented FBI linguist Ekon is the only one B-list heartthrob Chris will talk to about the Farm, a horrifying cult of which he's the only known survivor. As they bond over mysterious pasts and their unsettling attraction, Ekon discovers an eldritch power his government bosses would love to exploit, one that could spell the end of everything.
While there are queer and romantic elements, this is a horror novel.
CW: Violence, gore, horror, mentions of CSA
Jacquie's Review:
Tongues is bizarre and unconventional with an ambiguous ending. Very much HFN.
Though there is a romance, it is a horror/thriller with some graphic scenes. I think one particular scene early in the book will stay with me for a while as it was weird and then horrifying.
Ekon and Chris are an interesting pairing that bond over shared experiences. There's a lot of push and pull to begin with until they cave to their attraction. I did actually root for them towards the end and can't quite decide my feelings on how they ended off.
I can't quite articulate my feelings about the book. It's strange and very unique. I'd rate it higher if it had more of a solid ending or a sequel.
Rating: 4 Stars
Tongues is currently available as an e-book and can be read as part of your Kindle Unlimited Subscription
4 Stars ARC HFN Horror Jacquie KU romantic sub-plot thiller Trigger Warning