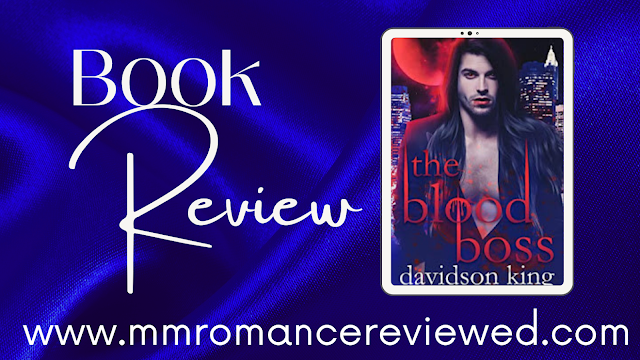 "What would you do if you find out you're not a human like you thought you were?" asks Angel about The Blood Boss.
From the blurb:
Vampires, mermaids, and witches…oh, my! Black Veil is full of them all, but at the end of the day, it’s The Blood Boss who has the last word. Ever since The Final War, Vampires rule Black Veil, and with The Blood Boss in charge, peace reigns. 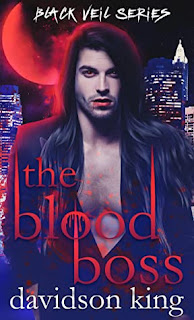 Keeping the vampires under control is a task Cain takes seriously. Humans have accepted his rule, and anyone who seeks to destroy his territory is given swift punishment. His promise to keep Black Veil safe comes with great sacrifice and selflessness; never does he dare hope for more in life. Until one day, a man walks through his front door and changes everything.
Jayce has a happy life. His adopted parents love him, he wants for very little, and he lives every day to the fullest. But when a normal evening turns into a nightmare, and Jayce is forced to come face-to-face with The Blood Boss, the world as he knows it feels like a lie.
Then a great secret is revealed, and nothing is what it seems. Cain and Jayce must work together to stop the forces uniting against the vampires. Life and love are in jeopardy as they fight those who seek to destroy them. Can Cain and Jayce keep Black Veil from crumbling into the sea when every attempt to do so seems impossible?
Angel's Review:
Jayce and Cain are from two different worlds, at least they thought that. Turns out they're not that different at all.
Jayce grew up believing he was human, that he was 'normal.'  One day he comes home and sees his parents in trouble with vampires. Instead of his dad going to serve out his time with the Blood Boss Jayce goes instead. That's when everything changes.
I really can't express how much I enjoyed this book. I'm so glad I got a copy of this amazing story! You should get one too, you will not be disappointed! Vampires, sirens, witches.. gods.. kings and queens, there is a little bit of everything!! Not to mention the amazing love story that develops between Cain and Jayce. This was truly outstanding and I really hope there are more books to come in this story!
Rating: 5 Stars
Angel won a copy of this book and is leaving this review voluntarily.
The Blood Boss is currently available in e-book, audiobook and paperback and can be read for free as part of your Kindle Unlimited Subscription
5 Stars Angel Fantasy KU merman Series vampire witch