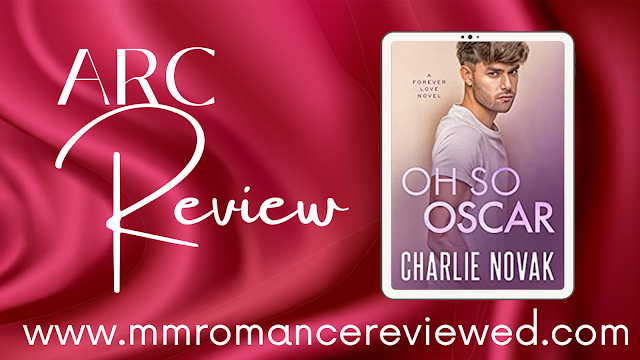 Oscar is a travel writer that need a fake boyfriend quick. But picking charming photographer Ilias to go on a couple of trips may bring more heartache than either man is ready for. Oh So Oscar finishes off the Forever Love series oh so well.
From the blurb:
What happens when a prickly travel journalist falls for his fake boyfriend? 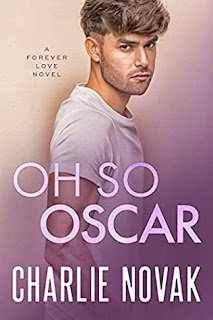 Oscar Moore has two problems. One: He’s accidentally managed to convince his boss, the legendary editor of The Traveller, that he has a boyfriend. And two: he now has to persuade photographer and casual acquaintance, Ilias Verrati, to play along for a week-long couple’s retreat in Hawaii.
Ilias is full of sass and sunshine, but his constant flirting grates on Oscar. Unfortunately, unless Oscar wants to confess and risk his job, he has to keep up the ruse. He can manage a week, and if he can pull this off then editorial glory awaits.
Oscar and Ilias both have their own reasons for avoiding relationships—even if they desperately want one—and their work makes finding love even more difficult, but maybe a fake relationship is just what they need to give them a nudge in the right direction.
Under the Hawaiian sun, Oscar discovers there’s more to Ilias than meets the eye. But before Ilias will risk his heart, Oscar will have to find a way to open it.
Oh So Oscar is a 78,000-word contemporary MM romance featuring fake dating, luxurious hotel rooms, star gazing, and delicious food. It also contains discussions of grief, including the past loss of a parent, and the past loss of a partner.
Jacquie's Review:
Oh So Oscar ends the Forever Love series in a lovely way with cameos from characters from other books and a brief visit to somewhere new.
I really liked Oscar and Illias as a couple. Their antagonism/flirty banter at the start never got mean and they complimented each other.
Lower on steam than previous books but that suits the characters well. Low angst too, these guys are old enough to communicate when there's an issue.
The epilogue was adorable.
Rating: 5 Stars
SNik's Review:
Third in series (Forever Love), but can be read as a standalone. Slow burn. Fake boyfriends to lovers. Dual POV.

Constantly on the go as a travel writer, Oscar doesn’t do hook ups, so finding someone long term just doesn’t seem in the cards. When he is supposed to do a couples trip he gets photographer Ilias to agree to be fake boyfriends and learns there is more to Ilias than just a carefree charmer.

I enjoyed a lot of aspects of this book, the traveling and food, the friendship, the slow building romantic relationship, and especially the insistence of communication between Oscar and Ilias which was refreshing.

There is a lot of discussion about family interactions as both men come from big families and how their families and backgrounds have shaped who they are today.

Some fun cameos from previous main characters (from both the Roll for Love and Forever Love series) round out this book, and it is sad to have to let go of the wonderful group of men and supporting characters Novak has created.

Rating: 4 Stars
Heather's Review:
I think Oh So Oscar is the sweetest of the Forever Love series... Oscar's passionate about his work to the exclusion of his personal life... until they collide and he has to jump on an opportunity to share his travels with a 'boyfriend' he doesn't have yet...  and you know it'll end well when he has a name on the tip of his tongue - Ilias...
This book has all the hallmarks of an opposites attract, grumpy/sunshine fake dating trope - I love how the characters peel back the layers of their lives and expose each other to more about each other... and the message of finding safe travel destinations for LGBTQIA+ couples resonated with me too...
Rating: 5 Stars
Oh So Oscar is currently available in e-book and paperback and can be read as part of your Kindle Unlimited Subscription
4 Stars 5 Stars ARC Contemporary Demi-sexual fake dating Grumpy/Sunshine Heather Jacquie KU Opposites Attract Series SNik