My (Not So) Straight Professor by DK Sutton 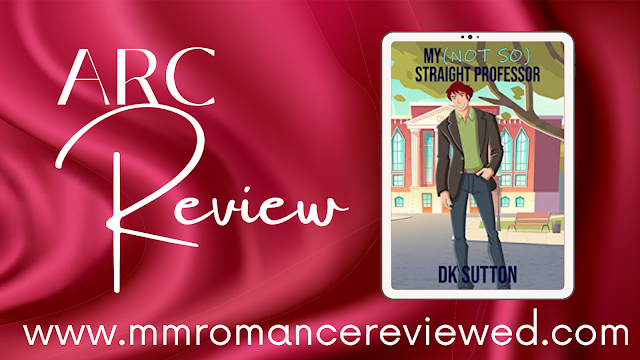 My (Not So) Straight Professor is the third instalment in the Not So series and it is the story of Atticus and Professor Joshua Hamlin. I loved this book and the fact that there was a little more mystery than the others and didn’t feel like it was following the same format.
From the blurb: 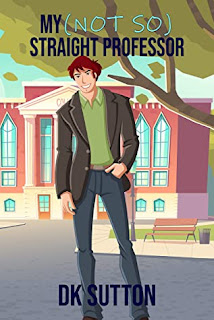 Dr. Joshua Hamlin considers himself straight but a persistent student, too much tequila, and a flash of red satin panties has him questioning everything.
Atticus is tired of being alone. His friends are all paired up. And he's always crushing on the wrong guy. First it was his roommate. Then his yummy but straight--and married--drama professor. Turns out Professor Hamilin isn't as straight or married as he thinks.
As thing heat up between them they realize that someone doesn't want them together and will do anything to make their point.
Does Atticus and his professor have a chance to find true love?
My (Not So) Straight Professor is a 90,000+ MM romance and the third book in the Not So University series. It can be read as a standalone, has a HEA, and NO cheating.
Reds Book Reads Review:
I loved getting to know more about Atticus after having seen him in the other books. I loved how sweet he was and how he was slowly able to break some of his own rules as he became more secure in his relationship.
I thought the way the divorce between Joshua and his wife was handled was really well as well. I loved the underlying hint of mystery and the set up for the next book which sounds like it is going to be super explosive!
All in another great book and I loved it.
Rating: 5 Stars
My (Not So) Straight Professor is currently available as an e-book and can be read as part of your Kindle Unlimited Subscription
5 Stars ARC Contemporary KU Reds Book Reads Series Standalone student-teacher sweet