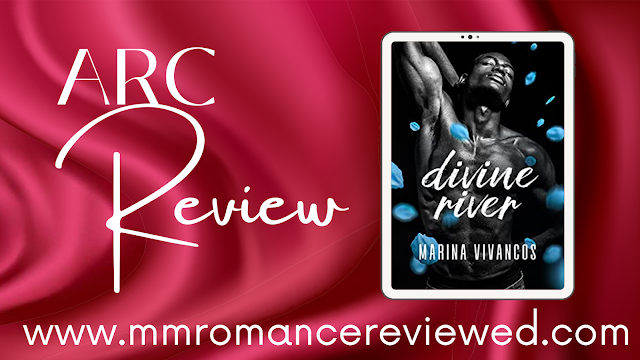 Divine River is a wonderful novella with a quiet, lonely man that finds an unexpected friend in his cheerful new neighbor. Sometimes you're just. meant to be together.
From the blurb: 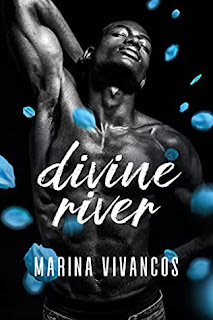 Mike is just fine being the grumpy wood-worker in town. Sure, maybe he’s not the epitome of happiness, but he doesn’t need some lively city boy coming onto his turf and turning his world upside down.
Mike has learnt to conform to the small-town expectations placed on him. He keeps who he loves—who he is—to himself. Turns out, it’s a lot tougher to stay in the shadows when city-slicker Jason’s sunshine personality beams straight at him.
Jason makes Mike feel seen. Makes him feel like it might just be okay to be himself.
The questions remain—is Mike brave enough to show the rest of the world?
Is he brave enough to let go…and fall in love?
SNik's Review:
Standalone. Novella/quick read. Hurt/comfort. Single POV.
Living in the small town he grew up in, Mike lives a quiet life, a hidden life, a lonely life. When he meets his new neighbor, Jason pushes into Mike’s life almost too easily, they become friends and spend time together. But Mike is still hiding some things about himself and when he learns Jason is bisexual and has romantic feelings for Mike they agree to build on their relationship.
I’m not really sure how Vivancos packs so much feeling and emotions into the short the novellas she writes, and this story is no exception. As always the main characters find each other and fit together so well, sharing their deepest needs and wants with each other and finding trust, love and acceptance.
Really glad there were supportive characters and no angst surrounding Mike and his family, just a straight forward story of two men that come to mean everything to each other and some friendly banter and steamy interactions.
Lovely HEA with a bonus POV from Jason. 4.5 rounded up.
Rating: 4.5 Stars

Sarah C's Review
I didn't know what to expect when I went into this book, but the blurb sounded good so I decided to give it a try. And I'm so incredibly glad that I did.

Divine River is the story of Jason and Mike. Mike has lived in Bear Creek his entire life, and he's spent his entire life hiding his sexuality. Then Jason moves in down the road. The two hit it off - namely because Jason is very much an extrovert who has basically decided that Mike is his new best friend and Mike is just along for the ride.

This book is ripe with emotion and packs an incredibly powerful punch despite the short length of the book. The love between Jason and Mike grows at a realistic and honest pace, and by the time they have their first kiss, it feels completely natural. I love the way that Jason encourages Mike and just lets him be himself at his own pace. I love the way that Mike feels safe enough with Jason to be himself for the first time.

This book also has a lot of exploration and contemplation of gender, especially on Mike's end. The book handled these topics incredibly respectfully and you could just feel the way that Mike felt about these topics.

This book has a lot of emotion as it tells a great story of love and acceptance. While this was my first Marian Vivancos novel, I do not think it'll be my last.