Capturing the Captain by Brendol James 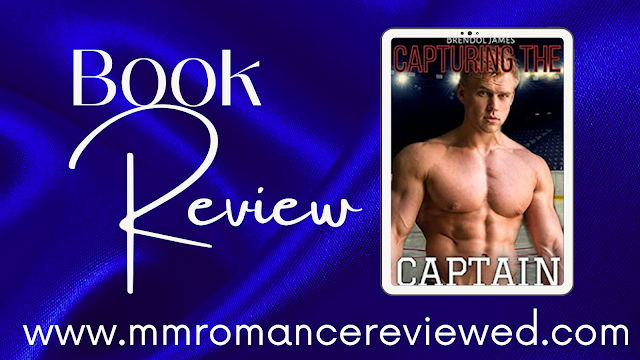 'Grayson laughed, grinning as he lifted me off the ground. “Tiny, angry captain!”' ' Capturing the Captain
From the blurb:
Their icy rivalry heats up, but these enemies aren’t prepared for how far they’ll fall. 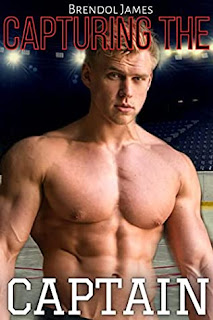 Harry
It’s my senior year. After this, it’s on to medical school, and the sport I love becomes just a memory. Hockey gave me a home when my parents kicked me out for being gay, and it paid my tuition too. I owe my life to my teammates, so there is no way I’m leaving them behind to be stepping stones for some brat like Grayson Novak.
He came up with money and history, getting everything. With that kind of training, he better skate circles around ninety percent of the team.
He can flirt. He can show off the guys he picks up and drops one by one. I don’t care what he does off the ice. If he wants to be a party boy, more power to him — but the second he brings the team down, he’s out. I don’t care who his daddy is.
Grayson
I grew up on the ice. I’m hockey royalty with a retired Olympian for a father and three younger brothers who form a legacy of domination on the ice.
College is a stepping stone. Before the season is out, I expect to be offered a professional position — if only Captain Hardass Harry would get out of my way.
He’s short but fast, so I can’t even complain that he’s just jealous. Rising out of nothing, he’s a phoenix, and I’ve never wanted anyone more.
He made himself the enemy, but I’m the kind of guy who knows how to kill with kindness. By the end, I’ll have my pro deal and Hardass Harry will wish he’d gotten with me when he had the chance.
Capturing the Captain is a steamy gay contemporary enemies-to-lovers sports romance featuring sunshine/grumpy opposites attracting, hurt/comfort, first times, and a guaranteed happy ending!
Laora's Review:
Harry and Grayson are just the sweetest but also just college/ uni students in behaviour. After the initial animosity when Grayson joins Harry at his college/ university hockey team. But when Grayson changes his thinking about his position in the team and as a hockey player, they find middle ground and understanding for each other.
They become great friends and boyfriends who make each other stronger. In the later part of the book we get one major upset and a second slightly smaller one due to a meddling little brother. Of course Harry and Grayson find their HEA with the full support of Grayson his family.
For me, Capturing the Captain could have been a little bit shorter, but overall the author wrote a rounded story coming full circle for both MC's, they where likeable.
Rating: 4 Stars
Capturing the Captain is currently available in e-book and paperback and can be read as part of your Kindle Unlimited Subscription
4 Stars ARC Contemporary Enemies to Lovers Grumpy/Sunshine KU Laora sports Virgin