Battle to Surrender by Willow Dixon 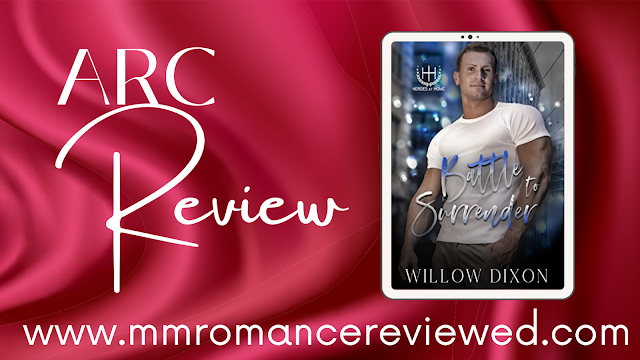 I have loved meeting every member of the Heroes at Home series, but I think that Hunter is my favourite... meaning that Willow Dixon saved the best for last with Battle To Surrender...
From the blurb: 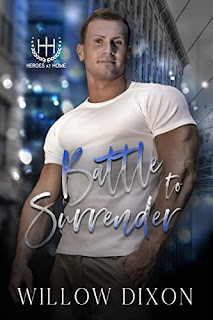 I’ve been hiding who I am for so long I’ve forgotten what it’s like to be myself. - Hunter
Two years ago, I retired from the army and started my life as a civilian. I have a job I love, friends who are my family, and more secrets than I can count. I might not be a soldier anymore, but I can’t seem to let the past go. It haunts me, and has made it impossible for me to truly be who I am.
Then Shane is hired by my company and we're teamed up to work on a project. He’s young, handsome, and he has a knack for making me forget who I’m supposed to be. I’ve never let anyone see my true desires, but Shane makes me want to let go and finally let someone in. To let him take care of me the way I’ve always craved.
As much as I want to fight it, I can’t say no when he shows me who’s boss.
*** Battle To Surrender is a 75k word opposites attract, grumpy/sunshine, hurt/comfort story featuring a retired soldier suffering from PTSD, his sweet but firm younger co-worker, a size difference, a found family, and all the feels. It is Book 3 in the Heroes at Home series but can be read as a standalone.
Heather's Review:
I am a sucker for books that switch things up, defying stereotypes and giving us what some might think is an unlikely combination... in this case an opposites attract, age gap, size difference book where they younger, smaller guy is the dominant, experienced guy and the big, strong, older teddy bear just wants someone to help him learn to love and learn to let go...
Battle To Surrender has some D/s moments and gives us steam and consent from the beginning... it's beautiful watching Hunter emerge as a stronger, more assertive person through his surrender, leaning on Shane for both his relationship and as a trusted sounding board...
It was also great to see the couples from the first three Heroes books interacting with Hunter and Shane and adding depth to the story and bringing out more facets to Hunter than we had previously known.. I am also a sucker for a workaholic who puts foster kids first - so this story was a double whammy for me...
Battle To Surrender was another book that I didn't want to end, but that I wanted to race through to get to Hunter and Shane's HEA... it's bittersweet to be leaving the Heroes at Home world, but I hope that Willow Dixon will set up more books in this universe!
Rating: 5 Stars
Miki.J's Review:
Beautifully written story.  I'm so glad we got to Hunter / Sarge - saving the best for last, for sure !!  I did feel for him throughout the series - he's part of the group, but not really.  Seemingly left to the side until someone needed help, which he gave...and that's it.
Battle To Surrender is about him, accepting who he is and what he likes.... and then learning and growing - it's never too late for any of that.
Hunter/Sarge is a sweetie and he certainly needs someone to look after him.  Enter - Shane ...who knows what he wants and will go after it.
For me, this story was more about the emotional wellbeing of the characters.  Don't get me wrong, there is hot scenes but I was more caught up with how Hunter and Shane interacted and that was the catalyst for a whole heap of healing.  Just a really really great book and a brilliant freakin' series !
CW: PTSD, panic attacks, slight kink (daddy), homophobia
Rating: 5 Stars
Battle To Surrender is currently available as an e-book and can be read as part of your Kindle Unlimited Subscription
5 Stars Age Gap BDSM d/s Found Family Grumpy/Sunshine Heather Hurt/Comfort Miki J Opposites Attract Series Trigger Warning