Rescue (From the Edge #4) by Eve Riley 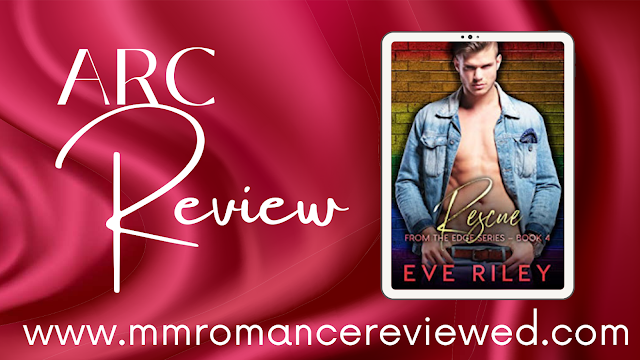 'Maybe it was time that I took a chance and allowed myself that human connection. We could take it slow.' - Jay, Rescue (From the Edge #4).
From the blurb:
Can he save his brother from a life of hell? 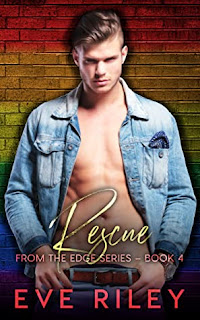 Leaving home is the only way Thad and his brother Danny can be free from their abusive and
overbearing parents. Working long hours and saving every penny he earns is worth it if they can both just live.
But eight months later, Danny’s freedom is in jeopardy when his parents want to place him in a conversion therapy camp. Feeling powerless, Thad is left with no choice but to file for custody of his brother.
Jay Dawson knows how it feels not to be wanted by your parents. Despite being shuffled to twenty-two foster homes, his rough start in life didn’t hold him back. Now a lawyer, he works with LGBTQ charities to help support kids in and out of the foster system.
When he comes across Thad’s case, Jay instantly agrees to represent him in order to protect Danny. Working closely together, the two find a relationship blossoms despite their efforts to avoid it. They discover just how evil Thad’s parents truly are when Danny is kidnapped.
Will the lawyer help him save his brother, and maybe discover true love in the end?
Laora's Review:
So far this whole series has hit my emotions, Rescue is hard-hitting and intense.  The topics are intense, abuse/ neglect by parents, homophobia, mention of conversion therapy and camps, survivors and deaths of those and strict religious parents.
And in the midst of that blooms a love between Jay and Thad - who met as client and lawyer.
My only personal annoyance is mentioning of gold star or unicorn when it turns out Thad is still a virgin / never been kissed at 19.
Rating: 5 Stars
Rescue is currently available in e-book and paperback and can be read as part of your Kindle Unlimited Subscription
5 Stars ARC Contemporary kidnapping Laora Series Trigger Warning