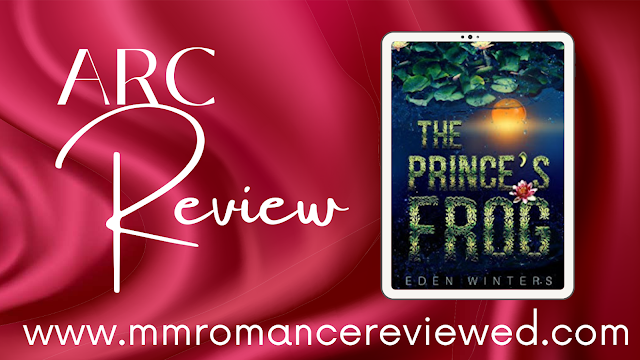 Eden Winters thought up a fairytale retelling of The Frog Prince with humor and adventure.
From the The Prince's Frog blurb: 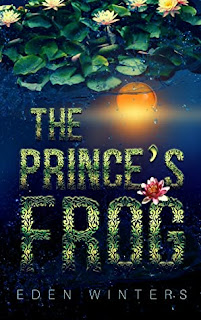 His Royal Highness Prince Rocky Jude Maxwell Bill Robert Chuck—let’s just call him Bob, shall we?—has a problem. Namely, royal parents set on marrying him off to a princess from the neighboring kingdom. Only, Bob doesn’t want to get married, would rather ogle Sir Blacksmith than fair maidens, and has a sneaking suspicion that his intended bride is not what she seems. So, where is a desperate prince with commitment issues supposed to turn?
Speaking of “not what they seem,” Sir Ribbit has been cooling his heels, literally, in the local bog with his disgraced fairy godmother and thousands of other frogs, waiting for the opportunity to break a three-year-old curse and return to his human form of Prince Evan Chuck Leo—Oh, heck, let’s call him Dave—hopefully, before maxing out a frog’s limited lifetime.
When a royal snit lands Bob in the muck of Dave’s front yard, plans are made to help each other. Inept plans, but still. Oh, and someone has to kiss a frog because everyone knows you have to kiss a few frogs before you land a handsome prince.
This story delightfully features talking frogs, inebriated fairies, awkward heroes, two princes in love, a deceptively innocent cover, and a solid HEA.
For most characters, anyway.
SNik's Review:
The Prince's Frog is a standalone fairytale retake on The Frog Prince. Quick read. Cute retelling of an old fairy tale, sprinkled with tons of humor and some subtle inside jokes (celebrity mentions) and references to other fairy tales and characters.
Prince Bob doesn’t want to go through with his arranged marriage when he meets a talking frog that says he can help. Sir Ribbit (secretly Prince Dave), is trying to find a prince to kiss, and he is hoping clueless Prince Bob will be his ticket out of the swamp.
Fun little story with an HEA of course.
Rating: 4 Stars
The Prince's Frog is currently available as an e-book and can be read as part of your Kindle Unlimited Subscription
4 Stars ARC Fairy Tale Fantasy humour KU quick read SNik