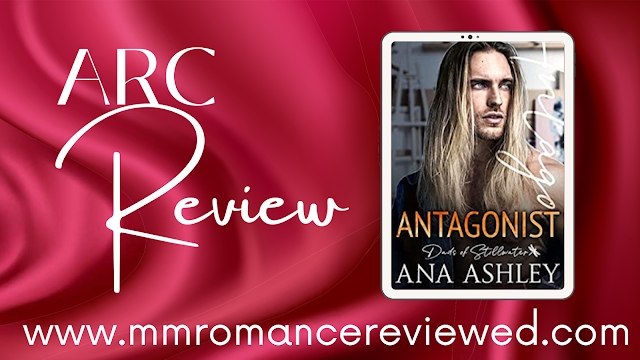 If you've read the YBBB freebie Newcomer, you'll want to read Fletcher and Harrison's story in Antagonist
From the blurb: 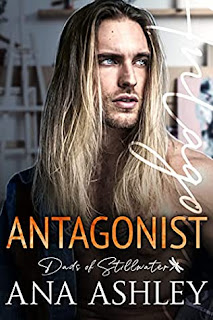 One artist. One attorney. Two single dads.
Meeting at a bachelor auction for charity had trouble written all over it as far as I was concerned, especially when the guy that won the bid for me seemed to be after only one thing...a good time
between the sheets.
Refusing Fletcher’s advances was easy the first time round. After all, I did not mean us to see each other again.
Except I’ve just moved to Stillwater where Fletcher lives.
Except both our kids are in the same class.
Now the kids are fighting and I’m ready to throw my own punches.
If only Fletcher wasn’t as goddamn irresistible as he is irritating.
When the fight moves from the playground to the bedroom, who will come out on top?
Antagonist is book 1 in Ana Ashley’s new series, Dads of Stillwater.
Single dads, sassy kids, Ana’s usual cast of intriguing secondary characters, Stillwater has it all.
Jacquie's Review:
After a rocky start Fletcher and Harrison settle into a pattern of antagonism and steamy aborted encounters. Seriously, there was a lot of heat between them in these almost trysts.
While these guys had a lot of passion for each other, there was also a lot of common ground with both being parents and being bisexual. I adored the scenes with the kids in them. Harrison's ex gets a mention for being a really great character. Very supportive and loving. She has her own romance with a pretty decent guy.
Stillwater is an interesting town with a bunch of great characters. There's some cross over to Chester Falls but it isn't necessary to read those first, but they're pretty great.
I can't wait for more of this series after the little mention at the end.
Rating: 4.5 Stars
Heather's Review:
I love a book that brings the angst at the beginning of a book - attraction mixed with caution, interest with rumor, steam with interruptions... Antagonist had all of it... and I loved the first 65% of the book, but then they get together and the outside forces just keep coming and I have to say that I wasn't as thrilled by the next 25% of the book as I was with the beginning... but the supporting characters, especially Harrison's ex-wife, Stella and the kids kept me going and I'm glad I was their for Fletcher & Harrison's HEA.
I'm looking forward to the next book to see this cast of characters again and see how the next couple gets their HEA.
Rating: 3.5 Stars
Antagonist is currently available in e-book and paperback and can be read as part of your Kindle Unlimited Subscription