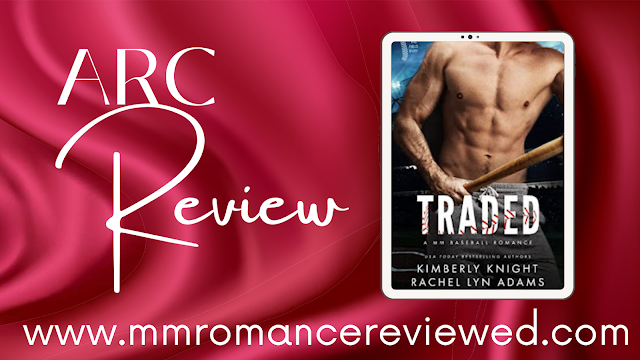 The cliffhanger from Traded has left Amy_TBS anticipating book 2 of the duet. 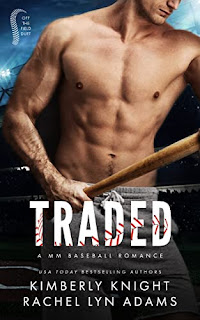 Aron Parker is one of the best players in professional baseball. Following in his father’s footsteps, his entire life revolves around the game. Opponents call him cocky, and they aren’t wrong, but no one knows the driving force behind his arrogance.

Until he has to play nice with his enemy.

Drew Rockland is the epitome of calm and collected on the mound. As a veteran player, he knows what it takes to pitch under pressure while keeping his emotions in check.

Until he faces Aron and loses his cool.

Aron’s showboating and Drew’s old-school ballplayer demeanor instantly puts them at odds, resulting in an all-out brawl on the field and a suspension. After the fight, all should have been forgotten, but an unexpected trade places them on the same team … and in the same apartment.

Off the field, there is no one to pull them apart ...

But maybe they prefer it that way.

Traded is a MM enemies-to-lovers sports romance with first times and secret hook-ups that will leave you begging for more. And good thing, since this is book 1 in a duet and their story will conclude in book 2.

Traded was a fun enemies-lovers MM, Bi-awakening sports romance with forced proximity and loads of drama on and off the field. The bubbling tension made me silently thankful. I could not get enough of Aron's cocky taunts and Drew's ever-growing exasperation. I loved their back and forth banter. Aron needed some grounding and a person to put him in his place and Drew stepped up to the plate (pun intended) There were loads of steamy moments with our men. Their undeniable pull/attraction made me want more stolen moments between these two whilst they explored new feelings for one another. With lots of funny moments and really emotional scenes that let us see the vulnerability of these two men and had me rooting for them. This ends on a cliffhanger and I'm highly anticipating book 2 in the Off The Field Duet. I can't wait for more drama to unfold and continue this sweet, if not rocky love story.