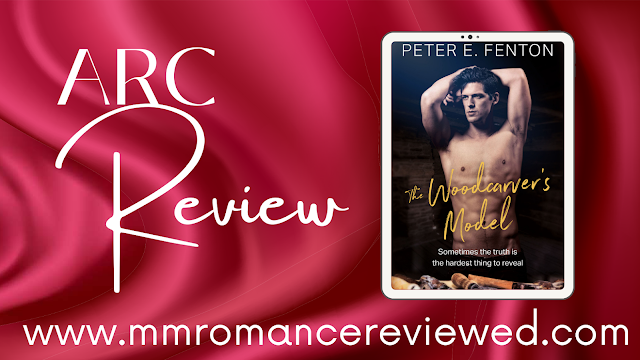 The Woodcarver's Model is full of suspense and drama
From the blurb: 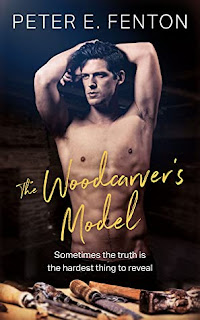 Sometimes the truth is the hardest thing to reveal.
Travel writer Rob Hanson has been from the summit of Mount Everest to the markets of Mogadishu. He loves adventure, he loves his job, and he loves the freedom of being single. At least that’s what he tells himself.
Everything changes when an assignment takes him to a small, idyllic west-coast island where he falls in love with the local woodcarver. From the first moment he sets eyes on Mitch, he feels like he’s found his perfect match. But things are never that simple for Rob.
Before long he finds himself involved with devious deals, jealous ex-lovers, and secrets from the past that refuse to go away. Rob knows that the only way to get what he needs is to reveal the truth. But does he have the courage to do what must be done in time to save himself and the man he loves?
Reader advisory: This book contains references to past drug addiction, past non-consensual prostitution, alcoholism, animal death, and serious injury.
Jacquie's Review:
I stayed up to finish The Woodcarver's Model because it was quite addictive reading with a fast moving and often dramatic plot.
While there are a few niggles, such as Mitch's past being revealed and then glossed over, overall it was a great read.
Told in multiple povs, there is a little bit of on page steam and also an encounter with someone else outside the main pairing. Those things didn't bother me, this was more about the various plots and Rob and Mitch finding love.
Rating: 4.5 Stars
Heather's Review:
The Woodcarver's Model was a compelling read... part romance, part drama, with many threads and subplots interwoven into the story.  With just mild steam and fade to grey sexy times, this book just flickers at the romantic flames.  The fact that it's set in Canada, and reps my hometown of Toronto is a bonus too!
The Woodcarver's Model relied on the connection between the characters and the intrigues and drama surrounding them, which made you want to keep reading until the end.  There were a few things that niggled at the end of the book, a few threads that were introduced but not completely interwoven back into the fabric of the story, but overall the ending was satisfying.
Rating: 4 Stars
Reds Books Reads Review:
I loved how open to everything Mitch was and how he threw himself into the relationship with Rob when they reconnected. There were so many unexpected twists and turns in this Book and I was just hooked.
I loved how determined Rob was to earn back Mitch’s trust and also how fiercely protective the islanders were, both of Mitch and of their home. There was just so much detail in this book and it was really amazing.
Rating: 5 Stars
Miki J's Review:
Sometimes, the hardest thing to do is put down roots......
First book I’ve read from this author and it’s ….wow !!
For me, Rob takes the footloose & fancy free single life ethic as the norm …. And that changes when he’s asked to do a story about Marsh Island.  The author writes a beautiful story – I could actually see the pictures that Rob was taking…. And feel his giddiness & happiness….natures eyelashes, love it !!  And Mitch…what a sweetheart .
Loved the the world building / background and the characters - quirky, weird, lovable and totally supportive …...  And those brownies – bahahahahahaha cool dude !!  There’s love, romance, heartbreak and grief …. With some suspense and a “cad” as well.  Great book – thoroughly recommend it !!
Rating: 5 Stars
Need more?  Check out the release blitz for an excerpt and giveaway: