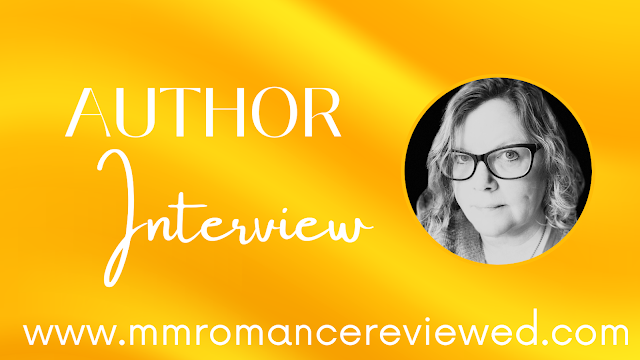 Today I am sharing a lovely interview I had recently with Elle Keaton, whose email tag line always makes me smile... "The highway to Elle leads to love!"

Indie or Traditionally published? - Tell us how this works for you...

Indie all the way! I hit the publish button in March 2017 and haven't looked back! It's hard to believe I'm coming up on my five-year anniversary.

Plot or Pants? Do you pre-plot your books, use an outline, fly by the seat of your pants or some combination of things?

I am a mix although the longer I write the more I plot. I think when we first come out of the gate we have all these ideas tumbling around vying for attention because we've been thinking about stories for so long. As we write more/longer we tend to need a little more organization, I definitely plot more these days.

How do you keep track of characters in a series?

Lol, by asking my editor or beta reader. I really need a series bible. Do you keep a journal of your characters’ statistics, such as hair and eye color, relatives, hometown, etc. I haven't in the past but I did just purchase a character-building book and I'm looking forward to diving in!

Storm Season, the first in my Shielded Hearts series it's romantic suspense and still one of the longest books I've written. It's set in my fictional town of Skagit in Eastern Washington, I ended up with 8 in the series.

The Boyfriend Gambit, is third in my Crimes of the Heart series. It's first-person, set in Seattle (my hometown) and follows a group of friends as they finally get their acts together. These are a combination of romantic comedy, angst and just fun characters. It was really fun to write about my hometown in a way I hadn't seen it done before.

I also have two new releases coming this month!
The first is Not A Boy, which is part of the All American Boys multi-author series.   Here's the blurb:

Henry should have kept on walking by when he spotted the younger man sitting alone on the beach. He should never have stopped, never sat down, and certainly never kissed him. Because now Henry is experiencing feelings. And he doesn’t like it one bit.
Things happen for a reason, even random hook-ups. Ben was supposed to get off work early that night. It was no accident the sexy stranger stumbled on his beach hiding spot. The Kiss was destined, as well as what happened afterward. It wasn’t as if Ben believed in love at first sight, but this was damn close.
It’s a good thing Henry lives three-thousand miles away or he might do something stupid, like ask for Ben’s phone number.
Ben’s hometown boss begs him to return and he agrees, only regretting not being able to say goodbye to his snarky divorce lawyer. But all the wanting in the universe isn’t going to bring them together again, he doesn’t even know Henry’s last name. Besides, home is on the west coast, not Maine.
Sometimes the universe is a funny place.
and the second one is Real Risk, the third book in my West Coast Forensics series... here's the blurb:

It's possible they're a match but first the two men will have to survive trial by fire.
Chief Flynn is fighting smoke and flames, tirelessly protecting the lives and property of his fellow islanders from yet another spate of fires.
Arson or accident?
When injury puts him on the sidelines, West Coast Forensics Arson Investigator Kimball Frye offers his assistance. Frye is The Most Irritating Man in the World, a condescending know-it-all who rubs Devon the wrong way.
Or does he?
Decades ago an arsonist stole his family from him since then Frye has devoted his life to putting them behind bars. At forty-nine, he doesn't believe in permanent relationships, instead preferring the company of interchangeable younger men.
Is the arsonist trying to shift the blame onto Devon, or trying to kill him? If it's the latter it just might work.
Feeling the pull of attraction to Devon as the firebug grows bolder is inconvenient. Will Kimball listen to his heart or his head? The younger men he's always preferred are nothing like the solid, stalwart Fire Chief.

I am lucky enough to write full-time!

Terry Pratchett, JRR Tolkien, Nora Roberts, and Elizabeth Peters. I'd be afraid to serve them so we'd all sit around enjoying martinis or their drink of choice.

Something people would be surprised to know about you

I come from a family of artists, going back to my maternal grandfather. He was a minister who left the church and moved to Seattle in 1954 and never looked back. My father is an artist and poet, my mom and step-dad are jewelers. I am the only non-visual artist.

Also, fun fact, my current husband was the photographer at my first wedding.

Of mine? Adam Klay, he has a very persistent voice. Not mine: Amelia Peabody.

Where do you write? Do you have a routine?

I get up and write every day sometimes I split it into two shifts but usually, I write in one go. I'm very diligent about writing Monday through Friday, with time int eh afternoon for administrative stuff.

What are your writing goals for the next year?

I have massive goals this year. LOL, what I can tell you is Elle Keaton will have 3 novels and two novellas out! The future? Most likely Elle Keaton will be publishing 3 books a year from 2023 forward.

Oooh, probably continually having to explain myself to non-MM readers/friends.

I'm an ambivert through and through. I like people but I also get very tired and overwhelmed in crowds. I am much better in small settings! Like coffee!

I think... it's a short scene with Arnie and Duff in Feinted Love, but honestly, I am the worst judge of what readers like about my work.

Self-doubt. Is this good, is this funny/sad, am I going the right way? It can be so scary!

What made you decide M/M romance was the genre you wanted to write? Do you write other genres?

I knew I wanted to write something and what I was working on was not going anywhere. I changed the characters to MM and boom, it worked so I went with it. I plan on launching an MF pen name this year! I'm super excited to be writing in both MM and MF. I feel like MM has made me a more aware writer--sensitive to issues that MF writers might not come up against.

If I hit a wall I go for a walk or talk to MrE, sometimes I free write. As far as writer's block I don't think it's something you combat. I think you have to work with it, what we call writer's block is our brains telling us something is wrong. Whether it's with the plot, the entire work, something external like life stress--it is something we have to deal with, maybe we have to work around it instead of fighting it, maybe THAT book wasn't meant to be written.

My family is thrilled!

I love the community of people I've met, and all the stories that are being told. So many incredible people, some of my closest friends I've met as a writer. It's quite freeing really.