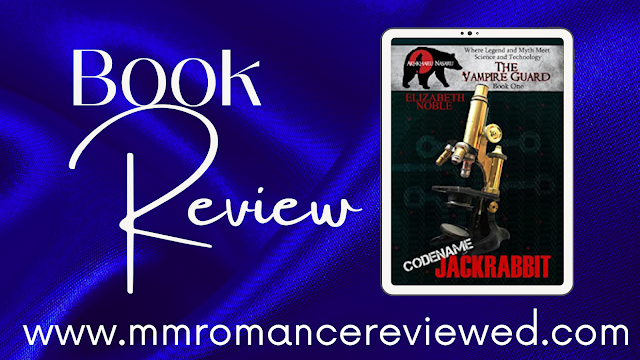 Jacquie is catching up on The Vampire Guard series ahead of book 3's release on 4th May. First up: Code Name Jack Rabbit.
From the blurb: 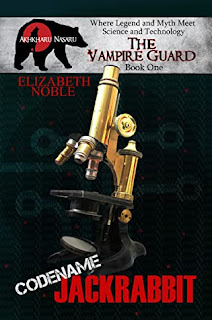 Vampires and werewolves live long lives. The Sleepless City saga might have ended but the story continues…
Welcome to the Vampire Guard, where legend and myth meet science and technology.
Vampires make the best spies. Throw a smart-mouthed werewolf in with three vampires, mix well, and The Vampire Guard's newest team is bound to become one of their greatest assets. Super spies with a full range of skills. Warrior, hacker, thief, and scientist. They get in, do the job, and get out before the bad guys ever know what hit them.
Forge, Blair, Declan, and Lucas are thrust into the world of high-tech spies and top-secret espionage conspiracies. Recruited into the world’s most elite and secret organization with one singular mission. Protect those who can’t defend themselves from ruin.
Together they must thwart an assassination attempt on the open waters of Lake Superior while tracking a previously unknown biological weapon controlled by the Qiguan—a weapon which may very well mean death for one of them.
Jacquie's Review:
I'll admit that I spent the first 20% confused - there were a lot of names thrown at me and I couldn't make sense of it all but I did stick with it because I found the whole premise of the series interesting and the prologue really hooked me.

Both the pairings within the book are established fated relationships and I assume the Sleepless City  series before introduced them. It may have been useful to have that background but I soon picked up enough information to enjoy the story.

I liked the mystery with the creature and like that it is left open enough to return to at a later date, I'd like to know if there are other creatures out there that are different. Werewolves and vampires can't be the only things right?

All 4 mc's were given povs though it wasn't always clear at first that there was a change. Though that gave me the opportunity to get to know each of the main characters better. There's a lot of history there and I've barely scratched the surface.

Rating: 4 Stars
Code Name Jack Rabbit is currently available in e-book and paperback and can be read as part of your Kindle Unlimited Subscription
4 Stars Jacquie KU Paranormal Series spin off vampire werewolf