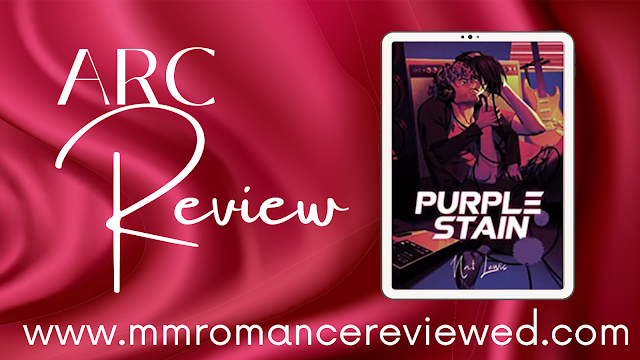 Brought together by a shared love of music, there's an instant connection between the two, but with numerous obstacles in the way will love win out.
From the Purple Stain blurb:
Music brought them together… will love tear them apart?
Hayden has reached rock bottom. Plagued by panic attacks and a complicated family situation, nothing seems to be going right for him. The only thing that lets him feel good about himself is making music – and it’s music that brings Andy into his life. 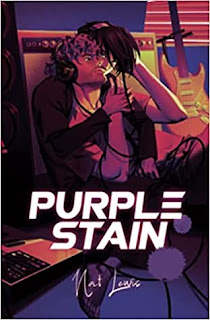 On the surface, Andy has it all – but inside is hurting from the shock of a bad break-up. Though he certainly isn’t looking for love, when he meets the devastatingly handsome Hayden, it seems like love might have found him.
The pair bond over their shared passions, and form a fast friendship, which soon becomes something more. There’s just one problem – Hayden has never dated a guy before, and never thought he wanted to before Andy.
As they redraw the boundaries of their fast-growing relationship, and learn to navigate the world together after being alone, Andy and Hayden’s connection deepens and burns brighter than ever.
But the path of true love never did run smooth, and as Hayden’s past comes to haunt him, the couple must face their biggest challenge yet – one that could destroy what they’ve worked so hard to build together…
Sheena's Review:
Purple Stain is the debut novel for this author, and it's a great start. It's a well-crafted story and kept me interested until the end. It's a great debut and bodes well for other stories coming in the future.
This is not quite an insta-love, more an insta-connection but it all plays out really quickly, over a very short space of time. I do love a slow burn more than an insta-love but this was done well enough that I didn't mind it too much. It's more about the connection between Hayden and Andy but with a little mystery too. You find out quite a bit about Hayden and his family, but very little really about Andy. I would have liked to know a little more about Andy and his relationship with his family, it's alluded to but that's it.
Hayden is different though, we find out a great deal about him. He suffers from crippling anxiety attacks, and perhaps PTSD from his childhood. He uses sex as a way to cope and I was more than a little worried about his dependency on Andy for his mental health. That said though, they did seem to work it out together, which I liked, and Andy seemed to realise that Hayden needed help. Hayden's home life isn't easy either with his mum also suffering mental health issues, so they have a lot to deal with.
I liked the easy connection and relationship between Andy and Hayden, and how easily Hayden accepted he might not be as straight as he thought. And the heat was there between them, wow. Lots of heat, which I am definitely not against.
I do have a gripe with the ending though, it just seemed to ... stop. I'd have liked a little more resolution than we got and I kept expecting to turn the page but that was it! It also took me a little to get used to all the slang, it's not a criticism, just something I had to get used to.
All in all this is a promising start for a new author and I'd definitely pick up another by them.
Rating: 4 Stars
Purple Stain is currently available as a paperback, but will be released as an e-book on May 6th!
4 Stars ARC Contemporary debut mental health sexual awakening Sheena