Play By Heart By Ariella Zoelle 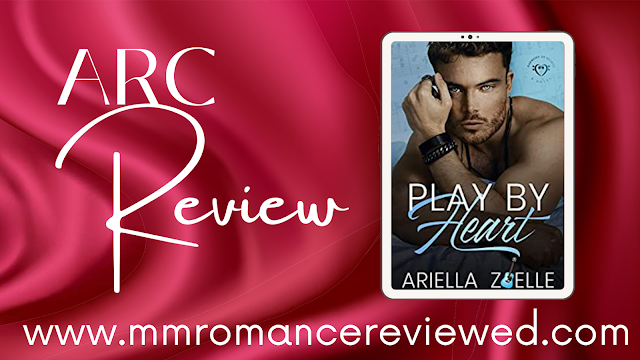 Play By Heart is both the start of something new and a continuation of Ariella Zoelle's Sunnyside Universe.
From the blurb: 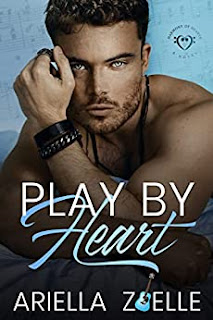 Iason’s known worldwide for his romantic lyrics, but he never thought he’d fall in love. Will his luck change when the stars align to bring Orion into his life?
Iason Leyland
My love songs may have made me famous, but they were beautifully written lies that hid the fact I’ve never loved anyone. I had almost given up hope of finding true love, but then I meet him. Orion is all my wishes on stars who can make my dreams come true. He’s my perfect partner in every way except one: he’s straight. Why, universe? Why?
But the cosmic force that brought us together apparently knows what it’s doing based on the sweet way Orion blushes every time we’re together. Can I convince him that we could make beautiful music together that will be worthy of my most romantic ballad yet?
Orion Donati
I’ve been a fan of Iason and his beautiful voice and lyrics for years. I never expected him to know I even exist, let alone fall in love with me. But regardless of that impossibility, he looks at me like I’m the sun, the moon, and all the stars in his universe. As a straight man, I probably shouldn’t be interested, much less tempted by his flirtations. But despite that, everything in me wants a chance to be his magical muse for the songs I love so much.
Meeting him makes me realize that I’m not quite as straight as I thought. The most unbelievable thing of all is that someone as amazingly famous as him could ever want a shy nobody like me. But I don’t want to doubt his sincerity. I want to be brave enough to believe he’s interested in me for real.
Maybe I don’t have to settle for being a fan who adores him from afar. What if I dare to dream that I could be his boyfriend who loves him with all my heart instead?
Play By Heart is the first book in the Harmony of Hearts series and part of the Sunnyside universe. This novel features a bi awakening, insta love, rock star, shy/flirt, gay romance. If you love cute sweetness, sexy fun, and no angst stories that will make you laugh and swoon, you’ll enjoy this satisfying HEA without cliffhangers. Each book can be read as a standalone or as part of the series in order.
Heather's Review:
Play By Heart is a classic Ariella Zoelle insta-love opposites story featuring a rock star who knows instantly what he wants, and the shy, sweet 'straight' guy he sets his sights on.  It is incredibly low angst, with good steam and sweet characters.   The only thing I found was that there were a few times in the book I thought we could have been done - they were well on their way to a HEA, but I'm glad I stuck it out because the after "I love yous" had some very sweet writing.  I would have liked to have seen some of the vignettes from the end sprinkled in before the I love yous - because it was where the characters actually connected on more than a lust level...
Rating; 4 Stars

Want more?  Check out the Release Tour, Excerpt & Giveaway: Play By Heart By Ariella Zoelle by clicking the graphic below: 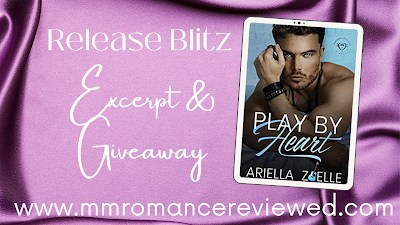