Over the Emerald Valley (Immortal Jewels) by Lee Colgin 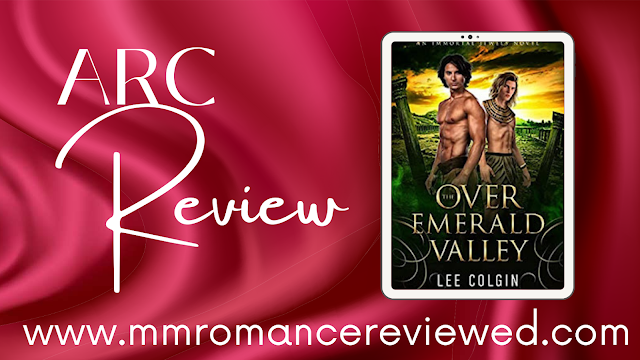 Throw together one feisty concubine and a cinnamon roll general with a paranormal twist and you have Over the Emerald Valley.
From the blurb:
Life as a concubine to the devious Viceroy Abasi isn’t so bad. Temaj has food, shelter, and every inch of his skin is draped in emeralds. What’s freedom worth when weighed against the luxury of the palace? 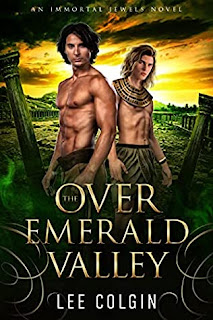 Solon’s dutiful life earned him the rank of army general to the pharaoh. But when he’s sent on a diplomatic mission to an emerald mine rather than into battle, he senses the end of his career and a lonely retirement.
Temaj is gifted to Solon for his stay, but the last person Solon wants in his bed is a slave sent to spy on him—even if he is a gorgeous, silver-tongued vixen of a man.
Trouble brews when emeralds go missing. With only a clever concubine and the viceroy’s harem on his side, can Solon solve the mystery and escape with his life, or are he and Temaj destined to haunt the walls of the palace forever?
***
Over the Emerald Valley is a gay paranormal romance full of snarky banter, dangerous secrets, steamy stolen moments and only one bed. It’s a stand alone novel within the Immortal Jewels series and can be read first or last with no spoilers, no cliffhangers, and always a happily ever after!
SNik's Review:
Over the Emerald Valley is fourth in series (Immortal Jewels), but can be read as a standalone. Paranormal fantasy adventure. Age gap. Dual POV.
As a general in the pharaoh's army, Solon is sent to visit one of the pharaoh’s emerald mines to verify the mine's production.
Young concubine Temaj is excited to be picked to be Solon’s bed companion during his visit, but Solon is not sure he can trust the feisty and seductive man sharing his bed. Although Solon tries to be respectful, Temaj constantly draws him in and they are sweet towards each other, with Temaj being a bit bossy and Solon going along with Temaj’s enthusiasm.
Bonding and trusting quickly, Solon and Temaj make plans to investigate the disappearance of emeralds and stumble into a much darker secret they must overcome together.
I have really enjoyed this series and even though this book didn’t feel as romantic to me as the others in the series, it is a fun read and gives the background to Solon and Temaj as a couple (as they appear as an established couple in the series previously).
Rating: 4 Stars
Over the Emerald Valley is currently available in e-book and paperback and can be read as part of your Kindle Unlimited Subscription
4 Stars adventure ARC Fantasy Forced Proximity KU Paranormal Series SNik Standalone