Healing their Wounds: City of Fountains book 3 by Hayden West 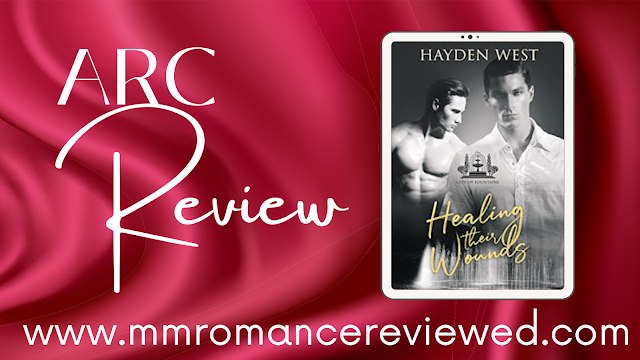 This could prove problematic. He wanted Craig in far more than a professional manner.

From the Healing Their Wounds blurb: 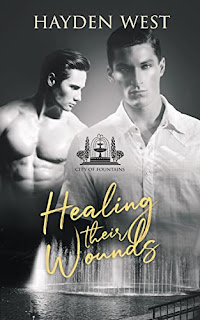 Book three in the City of Fountains
Sometimes you have to face the past to heal old wounds.
Craig Donaldson has been through a lot in his life. There is one good thing that has come from it, his son. Owning his own business is hard but he’s making it work. Landing in the hospital after a car accident brings into his life someone he wasn’t sure he needed but isn’t positive he’s willing to opening himself to exposing himself to more wounds.
Dr. Hobert “Bobby” Pearson loves his job at the hospital. Being the disappointment of his family, isn’t something he is happy with. It seems as though when he gets close to someone he feels could start a real relationship with, they show up and he’s again, left alone. His family leaves fresh wounds in their wake. This new patient he has, however, hits all kinds of emotions inside him.
Will they be able to heal together? Or will past pain keep them apart?


Laora's Review:
Healing Their Wounds was a very short novella with two men who have dealt with rejection. However Craig has to let Bobby in to his life, and his way to smart son Cody, but does he dare to let his past no longer rule him? I liked the characters, especially Cody. I would have liked to know more about Bobby his past, but I understand that that is difficult by this length of book.
This is a likeable short with a hfn.
Rating: 4 Stars