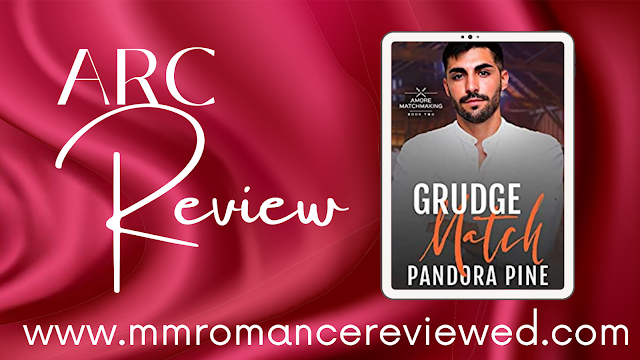 What happens when you come back to town after breaking up with your one true love?  True finds out when he sees Fio again for the first time...

"His heart pounded in his chest, making him feel like a hummingbird on Red Bull.  True wiped his sweaty hands on his pants and stood up from his desk to greet his former boyfriend as Lois escorted him to True's glass-walled office"

From the Grudge Match blurb: 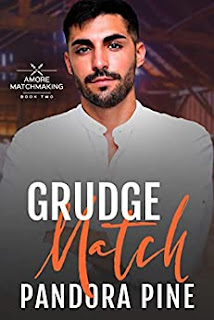 Fiorello Lombardi’s dream is to open a farm animal sanctuary. When he learns a neighboring farm is going under, he takes the chance to turn the dream into a reality. But applying for a loan at a local bank brings him face to face with the first man who broke his heart, his old high school sweetheart. And then his heart is shattered a second time when the bank denies his loan.
Despite coming from money and privilege, True Becker’s life hasn’t been a bed of roses. Condemned by his father for being gay, he was shipped off to a religious college to keep him as far away from temptation—and Fio—as possible. Unable to face either family or the past, True’s stayed away ever since. When a position is offered at the bank his late father helmed for decades, True decides it’s time to come home at last. Who would have thought his feelings for Fio would be as strong today as they were all those years ago? Even worse, True realizes too late he’s fallen onto a path he never wanted: following in his father’s footsteps.
Locked in a heated grudge match over funds for the animal rescue, the former lovers face off over life choices, regrets, and second chances. Will Fio and True realize love conquers all, or will they continue fighting the coldest war of all until all hope for love is lost?
Grudge Match is book two in the delightfully romantic Amore Matchmaking series, and shows us all that sometimes the most important part of the recipe for love is forgiveness. The series features four gay brothers, their eccentric mother, an ornery goat, and way too much pasta.
Heather's Review:
Getting to return to Maine and the Lombardi family was a treat and a great way to pass an afternoon.   Building from a 'chance' meet up after seventeen years apart, Fio and True have a lot to overcome and a lot to learn about themselves and each other and Pandora Pine handles the ups and downs beautifully, with just enough goat, cow and brotherly love sprinkled into the story...
I'm a sucker for a second chance romance and these two men certainly deserve their happily ever after, after all their time apart... Grudge Match was a story that kept my interest throughout and makes me crave the next story in the Amore Matchmaking series!
Rating: 4.5 Stars
Grudge Match is currently available in e-book and paperback and can be read as part of your Kindle Unlimited Subscription
4.5 stars Heather homophobia Hurt/Comfort KU second chance Series