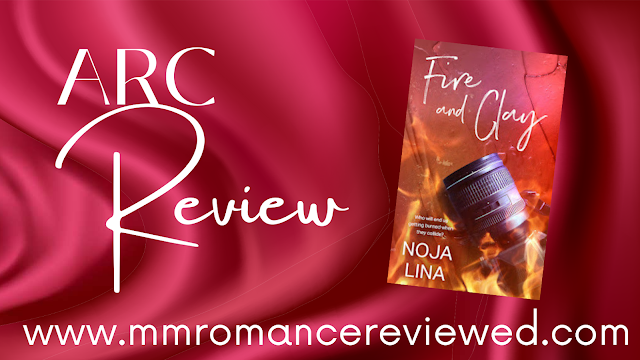 When Ian first meets Victor he wants to punch him right in his perfect looking face. That feeling doesn't go away even though Ian and Victor start to feel more than just annoyed by each other. Sometimes loving someone can start with all the wrong feelings.
From the Fire and Clay blurb: 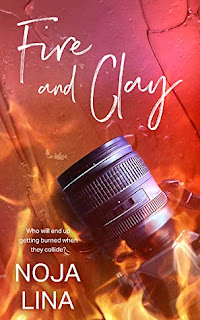 Who will end up getting burned when they collide?
Ian is a skilled but foulmouthed photographer with an aversion to meeting new people, a short fuse and a relatively short stature. One evening, he starts a squabble with Victor before knowing that Victor is the best friend of Ian’s current crush.
With them being in the same social circle and Victor being a model and theater actor, they keep meeting over the course of several months. Their interactions feature an array of jabs at the other’s height, mild aggression and attempts to mock or one-up the other.
But, through instances of Ian involuntarily showing his caring side and Victor showing what he’s made of, several sparks and serious talks, some denial and three successful photoshoots, their relationship gradually evolves.
Will they get past their initial animosity? Will they get burned by colliding with the other? Or will fire come in contact with clay to create something beautiful?
Reader advisory: This book contains bullying, mentions of eating disorders, violence and threats.
SNik's Review:
Standalone. Very slow burn. Frenemies to lovers.
Photographer Ian has a crush on his best friend’s roommate, but Ian doesn’t expect to have continuous hostile run-ins with actor and model Victor, who just happens to be his crush’s best friend.
Ian has always had trouble with his temper, he doesn’t do well in social situations and the snarky, beautiful Victor is a constant source of annoyance.
Slowly over time, when Ian helps Victor with his modeling and uses Victor’s pictures as part of his photography exhibit, and they spend more time together, there builds a deeper understanding of who they are as people and that there is a simmering attraction between them.
A story of two men growing close and learning that sometimes another person that can handle all your sharp edges can actually be the person meant to hold your heart. Fire and Clay is a good debut from a new author.
Rating: 4 Stars
Want to know more?  Check out the Release Blitz, Excerpt and Giveaway here: 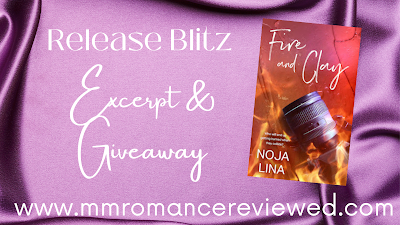