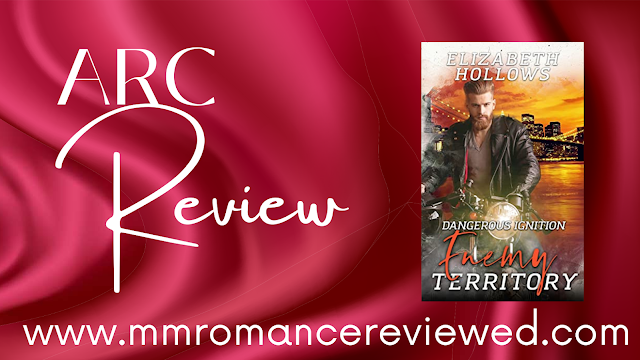 Sleeping with the enemy has never looked so good.
From the Dangerous Ignition blurb: 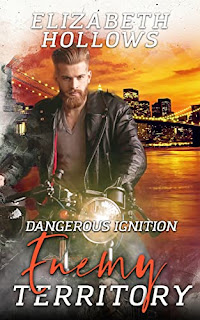 Sleeping with the enemy is bad enough, but now they’re adding bondage and domination. How can they trust a person they’re supposed to want dead?
Rico Hanthorn is a member of the Angels of Mercy bike club. His father is the leader and groomed him from a young age to join them. Rico has been an enforcer for years. When rivals encroach on their territory, he is sent to deal with them. He knows his enemies—if not by name, then by face.
And there’s one enemy he knows better than most, thanks to a stupid mistake in his youth. Rico has endeavored to forget about it, something only helped by his most recent task of keeping an eye on his younger sister. Angelica is rebelling, and his father wants her kept in line. He’s a glorified babysitter, but his father’s word is law.
Across the city, Pearce Walton is one of the Demon Riders, the rival gang which, despite being smaller, has grappled with the Angels for decades. Raised by his uncle since he was four, Pearce lives and breathes the club’s culture. He’s only ever had one cause for regret, and he has spent years hiding and learning from that mistake. No one knows his secrets, especially his cousin Benny, whom Pearce has been tasked with monitoring to make certain he’ll be ready for initiation.
But when Pearce finds Benny entangled in an affair with Angelica, both Pearce and Rico are forced to face their past head-on. Rico and Pearce are gay men in straight biker clubs, as well as rivals and enemies—but for a few days more than ten years ago, they had been lovers.

Dangerous Ignition is a second chance romance with enemies from two rival biker clubs. Rico and Pierce made a mistake 10 years ago and have been hiding behind a facade ever since. Pierce thinks he has learned from his mistake, he lives and breathes the club culture but when they are forced together their chemistry is undeniable even after all those years.

This was such an enjoyable read. I wanted more from Rico and Pierce. There was some lively characters in Dangerous Ignition and I hope to see them in future books. I absolutely loved Pierce and Rico as they overcame the obstacles that tried to drive them apart.

To see more, check out the Release Blitz, Excerpt and Giveaway: 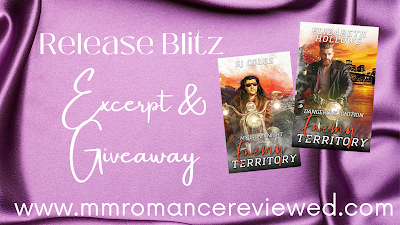