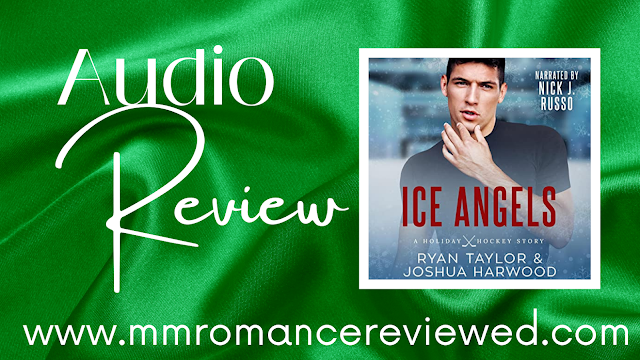 "At thirty- four, I was getting a little long in the tooth for professional hockey, but there was nothing physically wrong to make me consider retiring." - Drew, Ice Angels 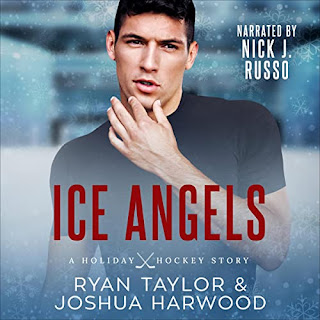 Drew and Cleevs love hockey, but they love each other more. How can the men find a way to save what matters most?
Todd Cleever and Drew Simon are crazy about each other. They started dating three years ago when “Cleevs” was a rookie defenseman for the Chicago Ice. Drew, the team’s captain, was a few years older than Cleevs. Both men were deep in the closet, but it didn’t take long for them to fall in love.
Cleevs was traded to the Bethesda Barracudas a year later, causing a heartbreaking separation. Ever since, they’ve skated around the problem with occasional stolen nights together and brief vacations under the guise of “friends”, but two years of living apart have taken their toll.
As the holiday approaches, Drew and Cleevs decide things have to change. Still, with their careers and two professional hockey teams in the way, how can they score the game-winning goal and save everything they cherish most?
If you like fierce love, a smallish age gap, exciting hockey, and a steely determination to make things work—not to mention enough steam to fog up all your windows, and a fantastic HEA—this is the audiobook for you.

Ice Angels was another hot and sweet hockey romance read by this writing duo. A little detail I liked was their reference to their own previous holiday book 'The Chrismukkah crisis'. I always enjoy how their stories flow and the writing is done so well.

The mc's , Todd and Drew, are already together at the start of the story but need to define what they have together and want to have going further. We follow them along their journey to their hea as active out and proud NHL players. This was a fun quick read for me and I am looking forward to more books in their hockey universe.
Audiobook: Nick J. Russo is an excellent choice for the hockey related books. He differentiates between players and his pronunciation is real clear and through that he makes this book a joy to listen to. Through his way of speaking I notice all the little details that stood out when I read the book itself. 5*

Rating: 5 book, 5 audio, 5 overall
Lesetiger's Review:
A heartwarming, entertaining romance novel - fantastic narration.
I've always liked sports romances, but the books penned by these two authors are special. Having recently listened to the other two hockey audiobooks by Ryan Taylor and Joshua Harwood, I was totally delighted that Ice Angels has now been released as an audiobook.
The writing style is wonderful and I love the chemistry that exists between the two characters. You can feel the love and deep connection but also the firm determination. What I also really liked was the concept of the couple being together from the beginning of the book. Todd Cleever and Drew Simon have been a couple for some time, struggling with the difficulties of a physical separation. Initially, they played on the same hockey team, but after Cleevs moved to another team, the relationship is limited to short vacations and occasional nights out, but that grates on the nerves.
Something has to change! But what is the price?
I enjoyed the story immensely and was captivated after only a short time. I suffered with Cleevs and Drew when they had to separate again. Overall, a really sweet, romantic, but also hot feel-good story embedded in the world of hockey.
I also love to meet protagonists from the previous volumes again.
Ice Angels was entertaining and Nick J. Russo did a fantastic job narrating it. It was a pleasure to listen to him bring the story to life. He has a pleasant voice and I love how he gives distinct voices to the different protagonists, always keeping a comfortable reading pace. I think he is the perfect cast for this and he did a really great job! I'm already looking forward to the next audiobook in this series, which I hope will be released soon.
Highly recommended!
Rating: 5 Stars

Ice Angels is currently available in Audiobook, e-book and paperback and can be read as part of your Kindle Unlimited Subscription 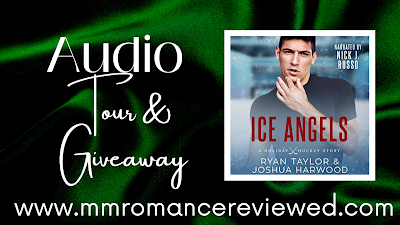