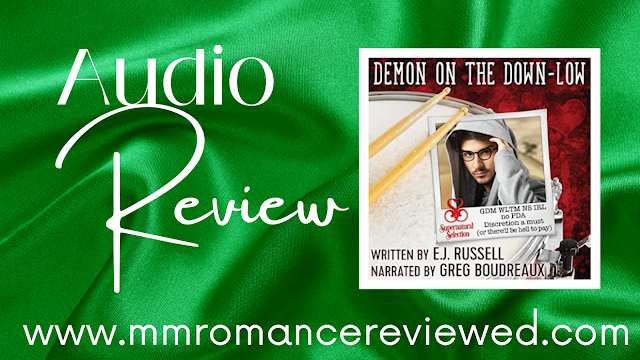 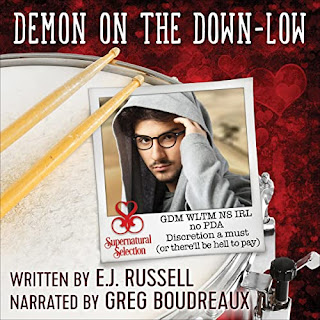 After decades of unrequited love, this kangaroo will jump at the chance for a date. Any date.

Lovelorn kangaroo shifter Hamish Mulherne, drummer for the mega-hit rock band Hunter’s Moon, waited years for the band’s jaguar shifter bassist to notice him. Instead, she’s just gotten married and is in a thriving poly relationship. How is Hamish supposed to compete with that? But with everyone else in the band mated and revoltingly happy, he needs somebody. Since he can’t expect true love to strike twice, he signs up with Supernatural Selection. Because what the hell?

When Zeke Oz was placed at Supernatural Selection through the Sheol work-release program, he thought he was the luckiest demon alive. But when he seems responsible for several massive matchmaking errors, he’s put on notice: Find the perfect match for Hamish, or get booted back to Sheol for good. The only catch? He has to do it without the agency’s matchmaking spells, and Hamish simply will not engage.

But Zeke starts to believe that the reason all of Hamish’s dates fizzle is because nobody in the database is good enough for him. And Hamish realizes that his perfect match might be the cute demon who’s trying so hard to make him happy.

Demon on the Down-Low wraps up all the story threads from the previous 2 books but also adds in the storyline from the other mythmatched books. I admit I haven't read or listened to them so I'm probably missing out but it didn't diminish my enjoyment of the story at all.

I had to listen to this when I realised it was Zeke's story since I was pretty sure where the issues with the matches were coming from. While I was right, there were still some surprises along the way.
Hamish was a great match for Zeke and I loved the slower burn of their relationship and how they sort of dated first.

As always, the narration was fantastic, Greg Boudreaux is one of my favourite narrators and there were plenty of opportunities to showcase Boudreaux's range here. Moving from serious, emotional, funny and steamy scenes with ease.

Rating: 5 Stars for both narration and story.
Demon on the Down-Low  is currently available in Audiobook, e-book and paperback.