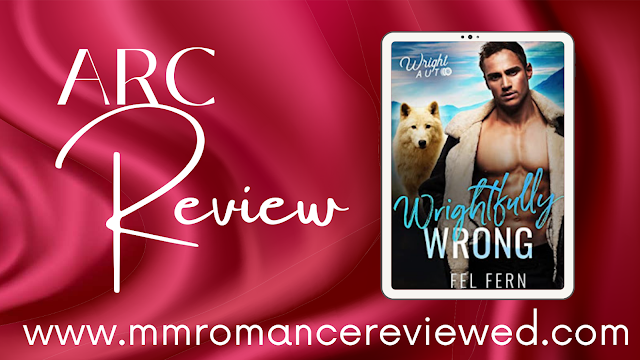 "Gunn, Wyatt’s oldest brother. Boy, did I have a massive crush on him back in the old days." Billy, Wrightfully Wrong 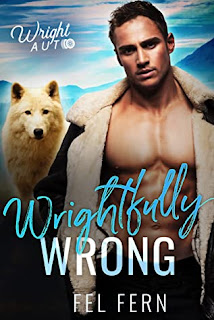 Alone and broke, Billy returns to the only place where he and his baby will be safe—Moon Burrow.

Omega Billy Wall needs to lay low. He left Moon Burrow to find a better life in the city, only to end up with a monster in a five thousand dollar suit. When fate pushes Gunn Wright, his best friend’s protective and grumpy older brother into Billy’s path, everything changes. Billy’s not looking for romance. Once his baby is born, he’ll leave Moon Burrow and start some place new, but Gunn keeps giving him plenty of reasons to stay.

Alpha Gunn Wright has a checkered past he wants to forget. Taking care of his brothers and keeping his auto repair shop running are his two priorities. When his brother brings home a stray, Gunn can’t help but be suspicious of Billy’s motives. He knows a runner when he sees one but he can’t just turn the lost Omega away. Taking care of people is what Gunn does best after all. Gunn knows he’ll eventually let Billy go, but can he persuade Billy to give their love a chance?

Wrightfully Wrong is a mpreg shifter romance and the first book of the Wright Auto series. It stars a fierce but sweet Alpha mechanic and his quick-tempered and feisty Omega.

It is good to be back near/ to the Moon River area this author created in earlier books. Wrightfully Wrong also an mm shifter mpreg book. Billy left his abusive and controlling ex Richard. He returns to his childhood home town, his father is there in care, and friend Wyatt and both Wyatt his brothers Diesel and Gunn. Billy and Gunn have a connection and start a relationship. I love the scene in their animal forms, too cute, and I always appreciate scenes like that. Richard however, wants Billy back for his personal gain. Read how everything unfolds before Billy finds his hea. This is the first book in a new series 'Wright auto' and I am looking forward to more.