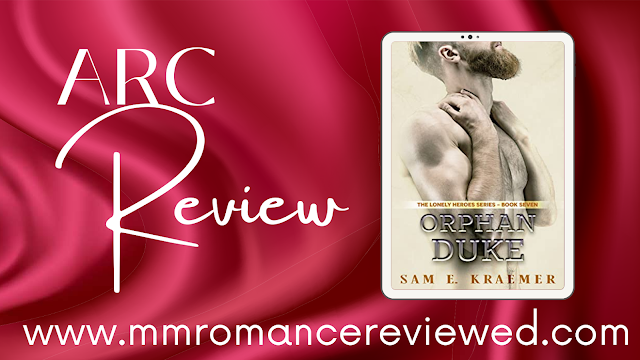 'I’d never been a one-man’s-man, and that wasn’t going to change. I identified as gay and polyamorous, and I had no desire to limit myself to one partner. '- Ace, Orphan Duke 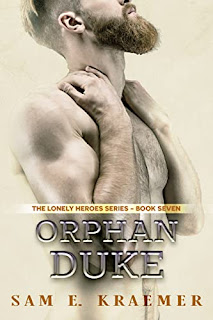 Hated? Yeah, I’ll take it and return it in spades.

That’s Duke Chambers motto when he begins working at GEA-A at Giuseppe Torrente’s request. His life isn't bad before he tracks down Giuseppe--he's been a drill sergeant in the Marines, garnering the respect of men and women with whom he's served. He has two women who love him like a son, and a “little” older brother he adores. Everything is great until fate sticks her nose into Duke’s life and upends it, leaving him filled with hatred. He finds out a truth he never wanted to accept but is there more than meets the eye?

Corbin Barr is trying to adapt to a new world after the mechanic flees Arkansas to try to create a life in New York and make up for past wrongs he participated in that hurt his brother Shay and his cousin Chase. The guilt is soul deep, especially since Corby is harboring his own secrets. His unrequited crush on one of the professionals at GEA-A doesn’t help.

Ace Hampton has lived a million lives—everything from an MMA fighter to a mercenary to a bodyguard. He’s meditated with monks in Tibet, and he’s done his fair share of beating fear into the reluctant. He’s traveled the world, meeting men of all walks of life, but when Giuseppe Torrente asks for his assistance, Ace feels it’s important not to turn the man down. What Ace doesn’t expect to find is a brotherhood of security professionals unafraid to do what’s necessary to protect those who are under attack. Among them, Ace finds himself drawn to two men. He’s learned he’s not cut out for monogamy, but can he be faithful to two unique men who have their own pasts to fight?

Can three broken men heal themselves and each other? How strong is the power of love? Can Corbin and Ace help Duke see he could have a new family and be an orphan no more?

Orphan Duke is book seven in the ongoing series. I have not read all books in the series and it took me a little bit to get all the players in their rightful place in my mind to get into the flow of the book. But after that I was back onboard and fully into the story which has again, been crafted so well by Sam E. Kraemer. I enjoy reading an mm+ trope and this one was really well done. Ace, Corby, and Duke are the central characters in this book. It is written from all their pov's. All three of them go through personal growth, be it for themselves or for them all to be able to be together as a throuple. Some overall storylines, stalking family members, competitive 'families', etc. are still developing and there is plenty to come to conclusion to have several more books.

Like Laora, I came into Orphan Duke at a bit of a loss, having not read the series in it's entirety, but once I caught on to who everyone was and where they fit in the puzzle, it became much easier to read and much more enjoyable.
I enjoyed the fact that this poly relationship evolved from misunderstandings and didn't just coalesce into a homogenous group right away, but it took time, some trial and error and some missteps to build.  I also appreciated some of the ongoing side plot, although I think I need to read more of the series to truly appreciate where that is at...
As a standalone, I'm giving it 4 Stars because it really does have threads interwoven with previous and future books, but it intrigues me enough to add the others to my TBR.
Rating: 4 Stars

Orphan Duke and the rest of the Lonely Heroes books are currently available in e-book and paperback and can be read as part of your Kindle Unlimited Subscription
4 Stars 4.5 stars ARC bodyguard Contemporary ex-military growth Heather KU Laora MMM Series