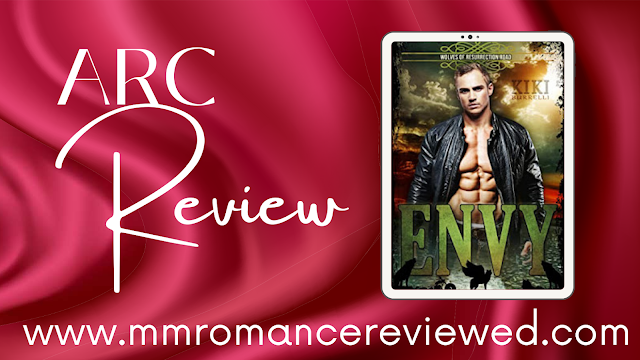 "There's no place you could go that I won't follow."

From the Envy blurb: 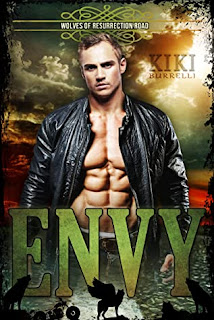 His first pack taught him that anything could be taken away if he wasn’t willing to fight for it. Like his pack brothers, he has a soulmate out in the universe waiting for him, and though Camel knows finding that person will help his pack save the world, he can’t stop fighting for a man more attracted to trouble than he is.

Fulton has a dangerous secret, one he’s tried to ignore for too long. He’s already put his family in danger and it’s time he faces the dark destiny that awaits him. He has so many regrets, but none as powerful as the day he met Camel. The alpha’s kisses are torture and his touches are a poison that make Fulton want what doesn’t belong to him.

Fulton is jealous of a man he hasn’t met, a man he’ll never meet if he dies attempting to take back his future. Camel should be off looking for that man, but the arrogant shifter won’t let Fulton out of his sight, forcing Fulton to fight not just his demons, but his own heart.

Envy is the fourth and final book in the Wolves of Resurrection Road series. It is an action-packed, unrestrained romance in a world of wolf shifters, angels, demons, and mpreg like you’ve never seen before. For maximum enjoyment, this series should be read in order.

Kiki Burrelli sure ended this series with a freaking bang!!
Envy was the culmination of everything we've been building towards with the previous books and there was never a dull moment to be found. The romance with Fulton and Camel was a long time coming and I was so happy they fought so hard for each other. Even though circumstances prevented them from knowing for certain they were soulmates at first, Camel never doubted Fulton was his. I just loved them. We get answers to many of the questions that lingered through the books, Jake's pregnancy issues being one of them. And Dante, oh that sparkly purple demon. 💜 I'm sad it seems he won't be getting his own book, but I enjoyed every moment of his page time. He was a favorite of mine from this series.
I don't know what the author has planned next after finishing this story arc, but I hope this is not the last we see of this universe created