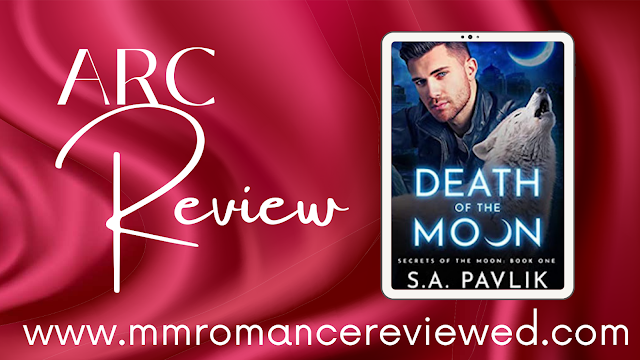 Miki calls Death of the Moon a "great debut novel that incorporates paranormal crime, mystery, suspense and of course, romance!!" 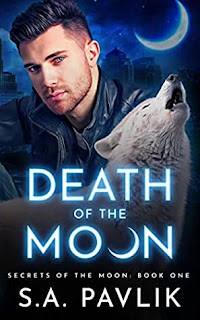 A werewolf with secrets.
Alec Channing has lived a long life, and he’s just going through the motions, lost in his troubled past, until fellow werewolves and shifters start dying around him. An increase in werewolf attacks only adds to Alec’s problems. As his past closes in, his only hope lies in one man—an unaware human whose vanilla and spice scent and easygoing attitude draw Alec in. However, Alec can’t help but worry about what will happen when that man uncovers the truth about Alec’s preternatural world.

A homicide detective who is out of his depth.

Detective Damien O’Connor joined the Columbus Police Department to bring closure to victims and their families—closure that he never got for himself. But when none of the evidence adds up for what should be a routine death investigation, he’s floundering. As the bodies continue to pile up, the sweet man who has caught Damien’s eye is at the center of the storm. When closely guarded secrets start to emerge, can Damien reconcile himself to an entirely new reality—and solve the case that might also save the man he’s come to care for?

Death of the Moon is Book One of the Secrets of the Moon trilogy, an 84k-word M/M, paranormal crime/mystery romance, with an HFN ending. While there is a complete story arc in this book, there are plot threads that will carry on throughout the trilogy. There is language and explicit intimate scenes not suitable for readers under the age of 18. Warnings: MC with PTSD, past torture implied through flashbacks, dealing with grief.
Miki J's Review:

I’m very impressed with this debut novel. Quite simply, it’s freakin’ awesome. The story captured me from the start – told by 2 POV’s – the characters are well thought out and written, even the supporting characters – with no “over the top” characterisations.

Yes, it’s a police procedural/suspense story but it also incorporates the shifter/supernatural into the storyline very nicely, almost realistic in the modern setting – I would love to be one of the “aware” !!

Plenty of twists and OMG moments and the romance side of it is very sweet & romantic – just adorable. It also made me laugh each time Damien got a call just as he was about to….. bahahahaha !

Overall, Death of the Moon is a really really good book to read and definitely new author to keep an eye out for !! Can’t wait for the 2nd in the series !!
Rating: 5 Stars

Death of the Moon is an extremely detailed mystery/investigation with a paranormal twist.

Personally, I found it a little longer than it needed to be, the pacing dipped in a couple of places and I did lose interest briefly. Though that's just more down to personal taste.

However, I loved how the shifters and were-creatures were done. Alec in particular with the difficulties he faced and how he got around his challenges, I don't want to give spoilers but I really was impressed at how that was handled.

I liked him with Damien too and appreciated all the strong female supporting characters.

Rating: 4 Stars
Death of the Moon is currently available in e-book and paperback and can be read as part of your Kindle Unlimited Subscription
4 Stars 5 Stars ARC Jacquie Miki J mystery New Author Paranormal Romance Shifters