Vow of the Vigilante (Morelli Family #7) by Leighton Greene 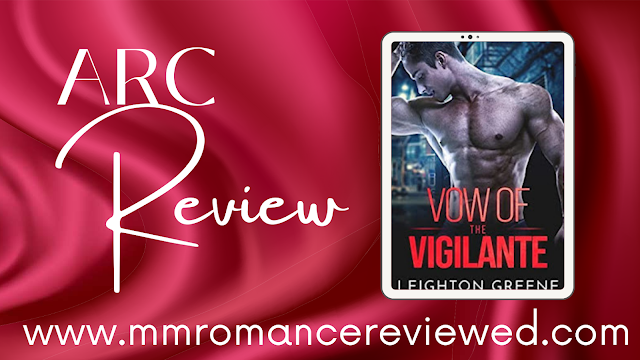 Being a couple while on the run from the law is tough, but Baxter and Angelo have made it work. Finding a witness to prove their innocence has been the goal, but hopefully they can agree on what the future looks like once they no longer have to be fugitives. Committed and in love, Baxter and Angelo are meant to be together no matter what.

From the Vow of the Vigilante blurb: 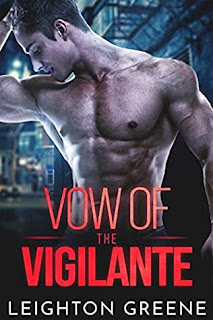 Angelo Messina and Baxter Flynn are on the trail of the man who can clear their names, and that trail has led them straight into the underbelly of Los Angeles.

Bax has become accustomed to life on the run, and he’s only fallen deeper in love.

He wants justice - but he also wants Angelo.

Finding their target will mean the end of their mission, and Bax can’t help worrying about how that might affect their relationship.

Angelo is a career criminal, after all.

And Bax, despite everything that’s happened to him, still believes in the rule of law.

So how will life change for them once they succeed?

Because they're not the only ones with an interest in the fugitive they're chasing.

With the help of a new friend in the City of Angels, will they be able to find this crucial witness - or will someone else silence the man before they can get their hands on him?

Vow of the Vigilante is the seventh in the Morelli Family series, best if read in order but certainly must read book #3 (Enticed by the Enemy which introduces Angelo and Baxter). Established couple. Age gap. Single POV. Quick read.
Angelo and Baxter have been hiding from the law, first in Las Vegas and now traveling to Los Angeles in their hunt for a runaway witness from the Clemenza family. Angelo is committed to clearing former FBI agent Baxter’s name and maybe then they can stop living on the run. Meanwhile, Baxter questions what the future might hold for him and Angelo, will they return to New York and Angelo’s mafia family or find some other way to remain together. Absolutely loved seeing that Angelo and Baxter’s relationship has become stronger, their affection never wavering, and their reliance on each other cementing their love.
This story is the start of introducing Greene’s planned spin-off series (West Coast Mobsters), but it has plenty of action, and steamy scenes with Angelo and Baxter making this a great addition to the Morelli Family series as well.