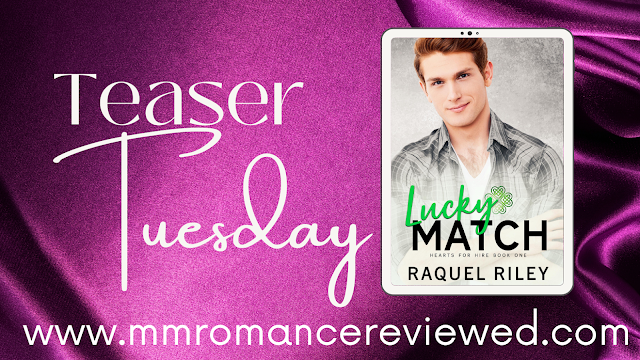 I am sitting in my favourite Starbucks chatting with my favourite barista now that we are no longer under strict Covid restrictions here in Toronto (it's a tiny one and they became takeout only while we were restricted) and she says I need to reward you all with a second teaser Tuesday, so I found this amazing excerpt from Lucky Match, which releases on March 17th!  Get your pre-order in now!
From the blurb: 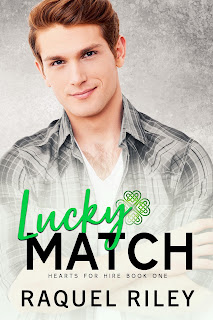 After one date, I realized that would never be enough…
Lucky Maguire
I started Lucky Match, a dating service, as an enjoyable way to earn some extra cash. That’s how I ended up on a date with my super hot Economics Professor.
Here’s my three step plan to seduce my teacher:
Convince Hayes to fake date me.
Inform him that we were never fake dating; it was always real.
Make him fall in love with me.
How many dates will it take for Hayes to realize I’m his lucky match?
Hayes Brantley
After my divorce, I decided it's time for a change. After missing being with a man for the past twelve years of my loveless marriage, I'm finally free to make up for lost time.
I called Lucky Match to hookup with someone who looks like the sexy student I can’t stop fantasizing about. I had no idea I’d end up with the real deal.
Is a second chance at love worth risking my career and another broken heart?
Lucky Match is a gay male escort romance with an HEA. This sweet heat, teacher/student story includes college roommates, meddling brothers, fake dating, a wise aunt full of Irish wisdom, an epic karaoke battle, and a pride parade.
Excerpt:
We sat side by side at the counter, and I clued Hayes in about the beginner’s class we were attending. I reached across Hayes and chose a pair of bamboo needles for him from a mason jar on the counter. After giving him a brief tutorial on the proper way to hold the needles, Hayes was all set. He chatted easily with the other ladies in attendance and seemed to really enjoy himself, though he had zero coordination with knitting needles.
Subsequently, two hours flew by, and Hayes produced his rows of stitches for my inspection. I gave it a solid D- in my head. What came out of my mouth was, ""You’re showing promise, Professor. You might have a future in garment manufacturing if the whole teaching thing doesn’t work out for you.""
""Ha! Aren’t you cute, Lucky.""
No, you’re cute, Hayes. Especially when you smile like that and your eyes light up. And when you’re holding knitting needles and chatting up old ladies, you’re fucking irresistible.
""Pack it up, Professor. I’ve got other plans for you today.""
Hayes held out his hand to me. ""Lead me astray, Mr. Maguire.”
Lucky Match is available for pre-order and will also be available to read as part of your Kindle Unlimited Subscription