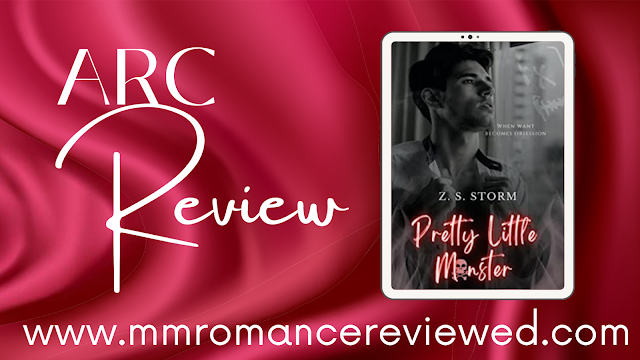 When want became obsession. We all have a little bit of a monster in us, but what happens when the lines become blurred and you begin to question reality and yourself?

From the Pretty Little Monster blurb: 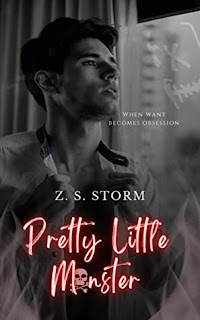 Ollie
It started with a curiosity. I watched him, followed him around, wondered why he did the things he did. He just looked so heartbroken all the time.

Then he moved away, and I distracted myself with other stuff. Because why would my dad's best friend notice me? The boy he used to babysit and who wasn't even allowed to buy his own drink yet.

But one crazy day, things changed between us. He did look at me differently. And my desire for him turned into an obsession. That was when I decided that Leo was mine, and he wasn't allowed to tell me otherwise. It was incredible, the way he calmed the storm inside me without even knowing it. His love was addictive, and I became a junkie.

But the monster messed it all up. It made me do something really bad. Everything turned into a fucking nightmare and Leo thought it was all my fault.

I didn't know how to make him understand that it wasn't. And I couldn't handle the pain anymore. It was too hard...fighting the monster all the time.

Letting it destroy me was easier.
...

Read at your own risk.

So, Pretty Little Monster was insane! I literally could not put it down. It's seven in the morning here in the UK, have I slept? Nope! Is it @datcrazywriter_ fault? Yep. I'll be sending my therapy bill in the post!!
This was absolutely amazing! It definitely isn't going to be for everybody and please pay attention to trigger warnings, this book was heavy. Ollie is 100% psychotic but I bloody loved him! Think Patrick Bateman in American Psycho but with teenage hormones. If I could give it more than 5 stars I would! If you like dark psychological romances definitely pick this up. “I bet whenever someone will ask you how much kink you want in your life, all you will do is nod and say, ‘yes’.”
**Trigger Warning** Taboo Forbidden relationship Self-harm Mental Health issues Mild violence