Only for Ollie by Lisa Henry 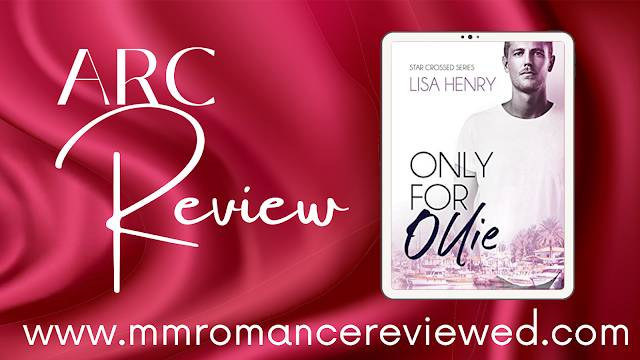 Wow, this series just gets better and better! This is the third book in the Star Crossed series but you can read Only For Ollie as a standalone if you wish. 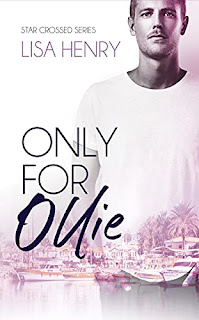 Xander Finch is a top-ranked MotoGP rider, desperate to get back to the circuit after an injury. He’s going stir-crazy in his parents’ house in Ventura while he works on his recovery. Xander has tunnel vision when it comes to his sport—it’s all he’s ever wanted to do in life. When he hires a massage therapist to help speed up his recovery, he’s not expecting the guy to completely flip his universe on its head.
Ollie Baker is living in his car after a disastrous break-up, and jumps at the chance to earn some extra cash through massage. Xander Finch might be hot as hell, but Ollie’s not going there. He’s never going to let some rich guy screw him over again. Besides, Xander’s straight. Isn’t he?
When their friendship deepens into something more, Xander discovers that Ollie makes him feel a way that nobody ever has before, and maybe motorbikes aren’t his only passion after all. Navigating Xander’s newly discovered demisexuality isn’t the only challenge they’ll have to face if they’re going to be together, because Ollie’s been burned before. It’s hard for him to trust Xander, to believe that he’s really willing to make room in his life for Ollie as well as his racing—assuming he recovers enough to race at all.
Only For Ollie is the third book in the Star Crossed series, where regular guys meet famous ones, and sparks fly.
Red's Book Reads Review:
"Xander is a MotoGP rider who is injured when helping his twin brother out. Ollie is down on his luck and living in his car outside his friends house but will his luck change when he starts providing sports massages for Xander to help with his injuries.
Only For Ollie was just amazing. I loved Ollie and he is just so sweet and I kind of want to give him a hug! I loved how the characters from the first two books were mentioned through the book and that this was done in such a way that you wouldn't miss anything if you haven't read them. I found it really great to see a MC who is demi as well as that isn't common and I thought it was done really well. I loved the easy acceptance of this by Ollie and the way it was depicted by Xander. The whole series has been amazing so far but I think this one might be my favourite!"
Rating: 5 Stars
Only For Ollie is currently available as an e-book and can be read as part of your Kindle Unlimited Subscription
5 Stars Contemporary Demi-sexual Reds Book Reads Series sports