Finding Him by L.M. Somerton 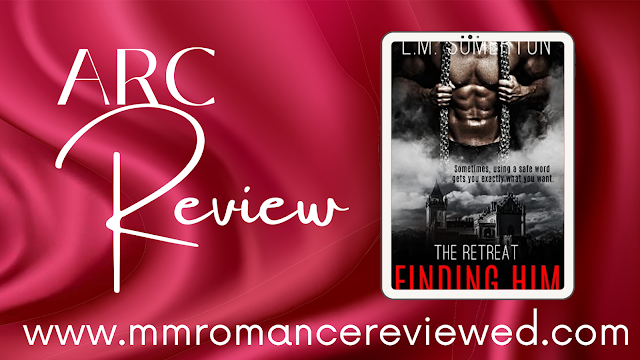 Finding Him is the third book in L.M. Somerton's The Retreat series and my first encounter with this author's writing. Keep reading to find out why Sarah C. gave this book an eager five stars. 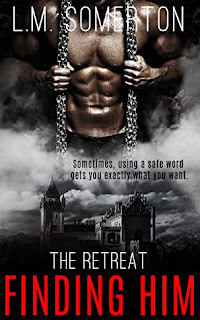 Sometimes, using a safe word gets you exactly what you want.

Canadian Zac Denman is young, rich and submissive. He’s also a kidnap risk who’s grown up in the shadow of bodyguards and security precautions. All he wants is to work out what kind of submissive he is in a safe environment and thanks to his very understanding father, he’s getting the chance to do exactly that. The Retreat in England is safe, discreet and willing to provide a selection of Doms for Zac to play with—a great way of discovering what he is, and isn’t, into.

But life is never simple, and when Dale and Zac are thrown together, Dale has to fight his attraction. Zac is from a whole different world of wealth and privilege. He’s not for the likes of Dale who has to watch as Doms arrive at The Retreat to give Zac a taste of submission.

Dale is a Dominant man who takes the job as a gardener slash security officer for two weeks at the Retreat as a personal favor for a friend, Carey. He is former military and just honestly an all around amazing character. The moment he lays eyes on Zac, he wants him but doesn't feel as if the younger man would want him. He feels that Zac is entirely out of his league and instead focuses on his protection - all the while getting to know him.

The chemistry between Zac and Dale was amazing, right from the go. The attraction they felt with one another was palpable and nothing between them ever felt forced. I loved watching Dale's reactions to knowing Zac was with other Dominants and I loved watching as Zac fell more for Dale throughout the book.

Not only were the two MCs incredibly real and well rounded, but the entire cast of side characters were all amazing. I wanted to know more about each one of them and will likely be looking up each of their books and reading them. Especially if Tor and Rayne end up getting a book... I was more than a little intrigued. Even characters who had very little page time caught my interest and both made me feel like I knew them and like I wanted to know them better. Every character was just extremely likeable and fit perfectly into the world this book created.

Now I do issue a warning that if you don't like books where the MCs play with other partners on page, you may want to avoid this one. Because the nature of the story does include play scenes between Zac and people who are not Dale (no spoilers to how any of it turns out).

Rating: 5 Stars
For an excerpt and a chance to win a $50 First in Romance GC, please click on the graphic below and check out the Release Blitz: 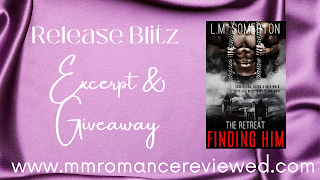