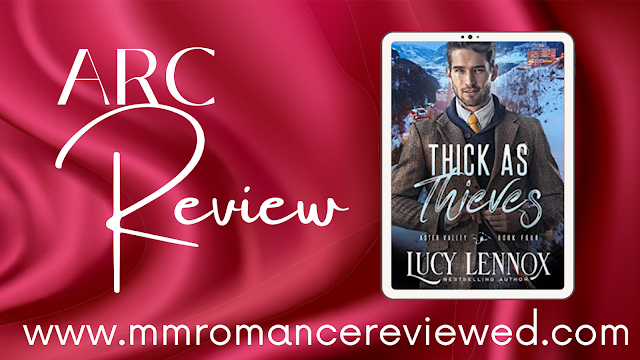 "Thank you for loving me...You're the greatest gift of my life." Thick as Thieves 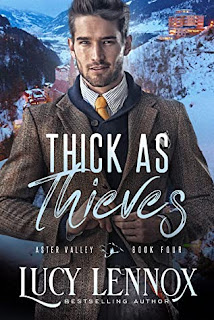 Julian:
I've been in love with my best friend since forever. Okay, fine. Like, kindgergarten. It started out platonic, obviously, but then became... nope. Still platonic. The problem is that Parker Ellis has been straight since forever. And that makes it difficult to convince him the two of us are meant to be together.

And now there's no point. All is lost. He's gone and gotten engaged to his high-school sweetheart which means I have to grin and bear it while pretending to be the happy, supportive best man while he prepares to commit his life to a woman I can't even fault. She's great. We've all been friends forever. I know he'll be happy with Erin, just not... just not as happy as he could be with me.

I'll admit. Sometimes I press the easy button. Like when Julian Thick had offered me half his sandwich back in grade school after noticing I didn't have any food. Or when I'd needed a date to homecoming in tenth grade and Erin told me she was it. Or when I'd used the one thing that came easy to me, skiing, to get my college tuition paid for. Or when Erin had showed back up in my life six months ago and told it was time to marry and start a family...

But for the first time in my life I'm facing something that's not at all easy. It's my wedding weekend and I've just been left at the altar. Not only that, but when my best friend whisks me away to drown my sorrows in a snowy cabin in Aster Valley, I accidentally discover Julian's been keeping secrets. Big secrets.

The kind of secrets that lead to hot experimental kisses in front of a blazing fire, tentative physical exploration in a way I'd never imagined before, and the kind of intimate, true confessions I'd never even dreamed of between me and the one person who's always been my true home.

But after twenty-plus years of thinking of Jules as my friend without benefits, is it truly possible to change who we are to each other? There's no easy button this time, but I'm willing to do the work. I only wonder if Julian is ready to trust I really mean it.

The opening quote is just one example of all of the incredible heart in eyes swooney moments of Thick as Thieves. The bond between Julian and Parker was a thing of beauty...and that was true before they changed from best friends to lovers. Julian has been in love with his straight best friend Parker for most of their lives. The two of them have known each other since kindergarten. They are incredibly close, as close as two people can be with the exception of knowing them in the biblical sense. Every person in their lives know, there is no Parker without Julian. But Julian knows with Parkers upcoming wedding that's all about to change. My heart utterly broke for Julian at the start of this book. Not only did he have to watch the love of his life marry someone else, but he was the best man in the wedding. I cannot even imagine the agony he must have been feeling. Thank god it didn't actually happen.
I wasn't exactly sure Julian wouldn't have drowned in a bottle of whiskey once he made it home to his cabin in Aster Valley for his planned week of wallowing. Parker certainly derailed those plans when he decided to join Julian there himself after being jilted at the alter. I bet neither of would have guessed how much that week together at the cabin would change their lives.
I adored both Julian and Parker. Their love story was truly an epic tale. Julian may have loved Parker as long as he could remember, but Parker loved him back just as fiercely. Unfortunately, it took him over a decade to realize it and it was all thanks to some of our favorite meddling friends in Aster Valley. God I loved them together. And let me tell you something. When those two came together they set my kindle ABLAZE. I may or may not have used it to fan myself. The book would go from H-O-T hottt one moment, to so sweet it would make you sigh in envy. It was perfect. Thick as Thieves was perfect, just like Julian and Parker together.
Rating: 5 stars
Thick as Thieves  is currently available as an e-book and can be read as part of your Kindle Unlimited Subscription
5 Stars ARC bi awakening gfy Jacqueleen KU steamy sweet