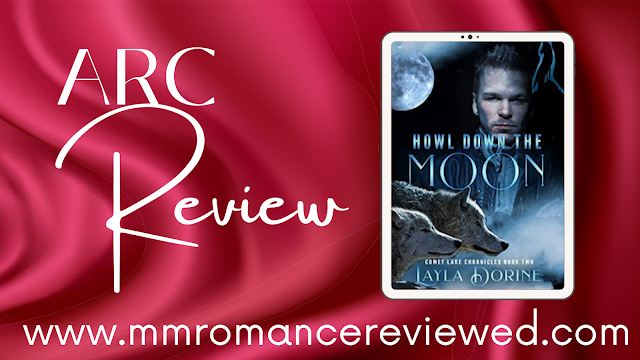 The past interferes, but you can work to overcome

From the Howl Down The Moon blurb: 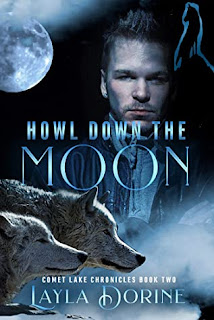 Luka knows he screwed up the night he tried to help Raine. He always gets things wrong—one of many reasons he steers clear of the rest of the pack. Besides, he doesn’t deserve the fellowship of other wolves, not with how badly he failed when it mattered most.

Rand has seen a great deal during his time as pack physician, both good and bad. Helping others is his life’s calling, so when a wolf shows up with bitemarks from an altercation with another wolf, he’s quick to treat, but when he learns the name of the wolf bleeding on his clinic floor, he’s quick to judge, too. Too bad he fails to take the time to learn the whole story.

Speaking of stories, there’s one Slade has refused to listen to for years—so much so, he’s relegated himself to the borderlands to avoid having anything to do with those who caused the tragedy that cost him his twin and the vengeance he knows will damn him for life if he carries it out.

A series of decisions, good and bad, brings the lives of these three wolves crashing together. In Comet Lake, that’s called fate. The spark of a chance. Now it’s up to them to put stubbornness aside, stop answering questions with questions, and pause in their self-loathing long enough to listen to one another, put their pasts behind them, and learn how to love.

Howl Down The Moon was an excellent read real character and story development. It is an mmm shifter story between fated mates who do not get together easily due to their own experiences. They however find their way. Side characters are well written as well. This the second book in the series, and I am sure to read the first one when and if I get the chance.

Rating: 5 Stars
Miki J's Review:
Interesting slant on shifter/fated mates storyline.  In this series, it's a triad and as soon as you meet, the mating mark appears (one for each wrist) - which I thought is pretty cool.  But it's not really insta-love.....relationships still need work and if there's baggage coming into it, that will cause conflict !!  There's a maelstrom of arrogance, judgement, grief and anger issues which obviously cause a whole heap of problems... but it's finding the strength to tackle them and breaking the pattern..... which we do see, after a few hickups.  I was totally absorbed into this story... angsty, sweet, high-heat with some adventurous twists and a HEA.  I haven't read book 1 - but they are mentioned in this book, so maybe read to get context on characters.
Rating: 4 Stars
For an excerpt from the book and a chance to win a $50 Ninestar Press GC click the graphic below to be taken to the release blitz post: 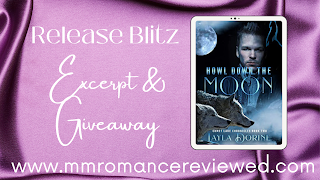