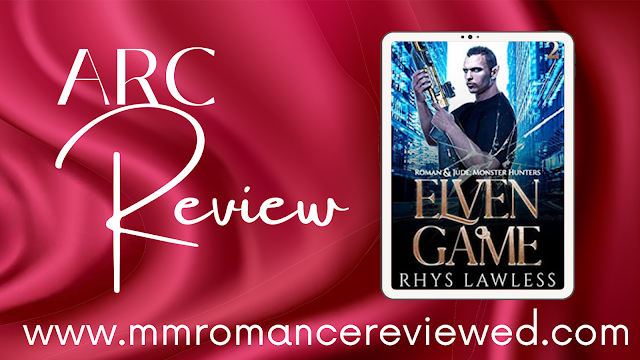 Elven Game is filled with action and monster hunting 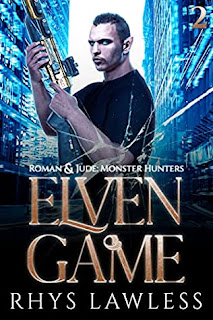 Monsters are swarming the world...

And it's all my fault!

The game I've been coding for over two years is finally released. And so are the creatures within and wreaking havoc in New York City.

Roman and I have to stop them.

But before we can, we have to figure out how it happened and who is responsible.

Everything I've come to know about my legacy comes to a head when we venture from the small town of Hamlet Cove into the world of monster-hunting in the Big Apple.

The rules have changed and the world is burning.

Is it too late to save it? Or will we burn with it?

Elven Game is a gay urban fantasy romance with two magical elves, a powerful baby troll, and a cataclysmic event that threatens the dimension.
Caution: This book has a cliffhanger ending!

Roman and Jude are back 3 months down the line from their previous adventure and are more settled as a couple.
Monsters begin appearing and they have to head to New York to put a stop to what's in motion.
A lot of action and monster hunting, a whole new crew, and info on Royal - who we see plenty of (Royal fans will be happy). This book gets more into Jude's past before he met Roman and why their families are supposed to stay apart. There were a couple of twists that I just didn't see coming.
Lower in steam because they are so busy with the plot and a doozy of a cliffhanger. Seriously unhappy with Jude and his choices so I hope book 3 isn't far away.