The Devil's Boyfriend by Alexa Piper 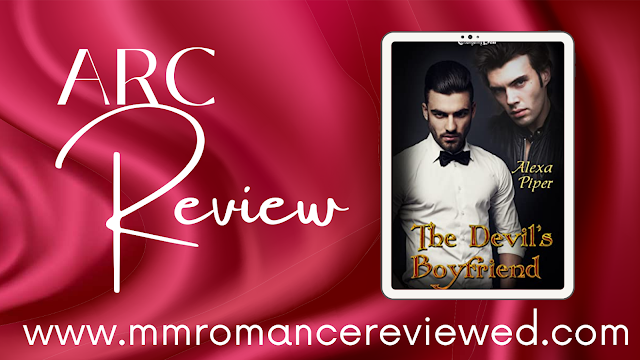 If you're following the Hellbound Series, then you are probably  as excited as Jacquie to have the next installment of the series, The Devil's Boyfriend, out today!  If you haven't started it yet, I recommend starting with Jacquie's review of The Devil's Necromancer to get caught up! 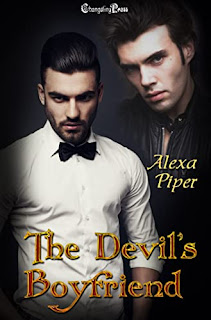 Lionel, necromancer and police consultant, finds himself closer to the Devil than he ever wanted to be. But even for a necromancer, life goes on, and murder happens. The next crime scene is just around the corner, and Lionel will do his job… ideally without Lucifer looking over his shoulder.
After a traumatic experience, Lucifer knows he has to protect his necromancer, mostly from the other man’s own stubbornness and ignorance. Lionel is not quite as human as he likes to think, and to Lucifer's great annoyance, Lionel hasn't given up on his bad habit of running into situations without thinking.
Lionel doesn’t know how he feels about the Devil, and he doesn’t know what he wants in his life. Lucifer knows what Lionel needs, but getting the necromancer to accept that is the difficult part. And of course, there is murder happening in town, and it is not the boring human-on-human kind of violence. This time around, it looks like immortals are involved. Solving the case will require Lionel to accept who he really is while Lucifer wants his boyfriend to embrace who he truly can be. Lives may depend on it.

Steamier than book 1 with a lot of Lucy and Nelly time. Lionel is starting to open up to Lucifer and admit he has feelings for him. There are plenty of sweet moments between the pair and Lucy shows growth in his ability to compromise. Nelly's background is also explained and this moves the plot on. A lot of this is setting the scenes for the next installment.

Told in dual pov and ends with a mild cliffhanger.

It's  necessary to have read book 1, The Devil's Necromancer, first!