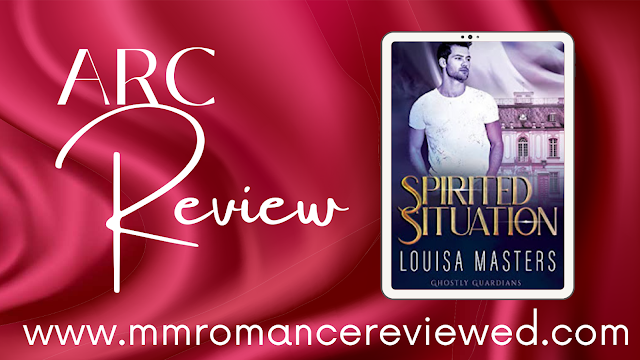 Finally finding a job that encourages talking to ghosts, Josh gets his dream job, possibly a new relationship and a found family that includes ghosts and loyal friends

From the Spirited Situation Blurb: 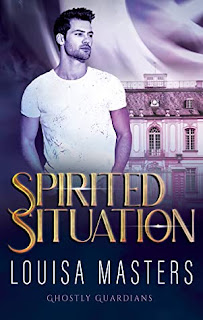 When you can talk to ghosts, things are bound to get spirited.The ghosts have been there since before I can remember. When I was a kid, they doted on me, but as I got older, they got more demanding. I’ve spent my whole life seeing and talking to dead people and trying to pretend I’m not, because the living just don’t understand. Nobody wants to be around the freak who claims to see ghosts.

Until I go to Mannix Estate.

Once a private country home, then a posh hotel, it was closed after a suspicious incident but is now an immersive historic experience. It’s also haunted AF, and everyone knows it. Finally, I’ve found a place to work and live where I can be useful. Where I’m actually wanted.

There are only two problems: I spent a hot, sweaty, satisfying night with Ewan the blacksmith before I knew we’d have to work together. Everyone knows sex with colleagues is a bad idea, right? Even if he’s the world’s most ripped cinnamon roll.

Plus, the ghosts are keeping secrets. There’s something going on that’s not normal, even for a haunted estate. And I suspect that when the truth comes out, I’m the one who’ll have to deal with it… and it won’t be good.

Josh is excited to land his dream job, one where his co-workers appreciate his ability to talk to ghosts instead of shunning him, even if it means setting up boundaries with the resident ghosts of the estate and friend-zoning his one time hookup and super hot blacksmith co-worker. Really fun world build where ghosts are an accepted part of the historic hotel/museum estate and the secondary cast of characters (both alive and dead) are friendly, supportive, and funny with diverse personalities.
Intrigue with a hint of suspense supports the introduction of this series, and I was quickly invested in all of Josh’s found family at the estate as well as the two main characters as Ewan and Josh getting their HFN were sweet together, with some steam on the side. Officially hooked to see where this series goes as there is an overarching plotline that doesn’t get fully resolved in Spirited Situation and to find out if all or most of the characters get their own HEA.

Keeping my attention is difficult at times but I basically read Spirited Situation in one sitting. It had great flow, a decent amount (as in not an overwhelming amount) of interesting side characters (Skye and Kieran in particular) and 2 lovely leads.
The romance is a slow burn despite the way the book starts and I really liked that. It gave Ewan and Josh time to get to know each other. They were really well suited and it really came across how much Josh had longed for a home, found family and friends.
There was some of the author's trademark humour but more subdued compared to others I've read and it was peppered throughout to stop it getting too heavy. Plot wise, it was pretty fascinating, the ghosts being around and the way they manifest.
As a series opener goes, Spirited Situation has me hooked and ready for book 2