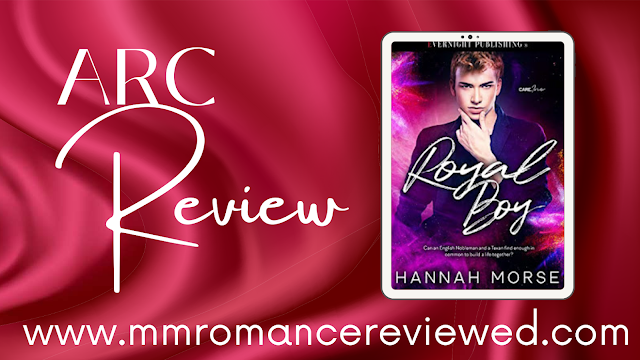 A Cowboy and a Duke walk into a bar…Sounds like the start of a really bad joke, but Aaron’s and George’s connection is definitely no joke.
From the Royal Boy blurb: 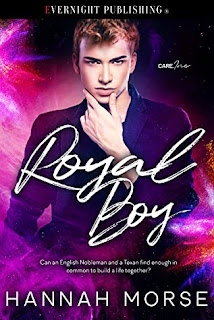 Can an English Nobleman and a Texan find enough in common to build a life together?

Duke George Corbyn commands both wealth and power. An attack before he flies to the states leads to him getting an American bodyguard. George is nonplussed. A babysitter is a no, but a Daddy would be a yes, because what nobody knows is that under his posh exterior, he’s a little longing for a Daddy.

When drill sergeant Aaron Anderson needed a job, he was recruited into CARE, Inc.—a security company that gave him a new start as a bodyguard. Assigned to watch over George, Aaron is not only attracted to the man but also very aware that Georgie needs a firm hand to guide him. And that hand probably needs to be on the brat’s behind.

When the attacker returns, they learn more is at stake than just their hearts.

The Duke of Eastshire longs for time to be himself as a little, but the decisions of his station are never ending and with an unknown stalker lurking around, he’s needing help in the worst way. Enter, Texan by birth, military man by duty, and bodyguard Daddy at heart, Aaron guards the Duke of Eastshire from said homophobic stalker with his life (and his heart) because seriously, when it comes to his boy, you “Don’t Mess With Texas.”
I absolutely LOVED Royal Boy! The characters are engaging and fun. The storyline is smooth and easy to follow. Hannah just became one of my favorite authors!