One of Those Days Series by MA Innes 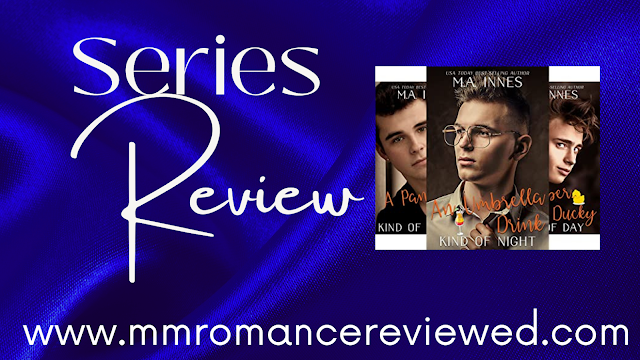 The One of Those Days Series by MA Innes contains 5 books (4 published so far). Each book features a different couple who is a daddy and a little. Each one brings something different to the table

From the blurb for book 1 An Umbrella Drink Kind of Night: 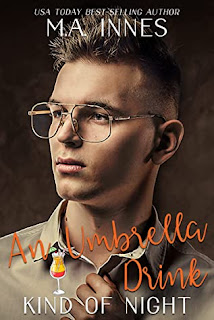 Sometimes being stood up is the best thing that can happen.

Two men sitting at a bar is supposed to be the setup for a joke, not the start of a perfect relationship. But when the confident Ryker and the curious Corey find themselves with more in common than just being stood up, sparks fly.

When a few too many umbrella drinks loosen Corey’s lips, his fascinating new friend is more than happy to answer all his questions and to help him take the first steps to understanding why Daddies are the best thing a shy sub could ever want.


Author’s Note: An Umbrella Drink Kind of Night was originally included in the Dirty Daddies 2021 Anniversary Anthology. No material changes were made to the story.

MA Innes doesn't disappoint. First up, we have An Umbrella Drink Kind of Night where Corey, a little shy sub, falls for Daddy Tyler. It's on the shorter side length wise.
The second book is A Pancakes Kind of Morning. This book could be seen as taboo in some ways, as it's Elliot's best friends dad that he's had a crush on since he was a teenager. Super sugary sweet.
The third book is A Rubber Ducky Kind of Day. And who doesn't love a ducky! This book is my favorite of the series so far as Skyler knows what he wants and isn't scared to ask or demand.
The forth book is A Milkshake Kind of Morning. This book felt more rushed then the others, which I gave it a 3.5 rating. But overall, it was still cute and adorable.
Book 5, A Whipped Cream Kind of Day is set to release later this month, and I'll be sure to leave my review on that when it's release.