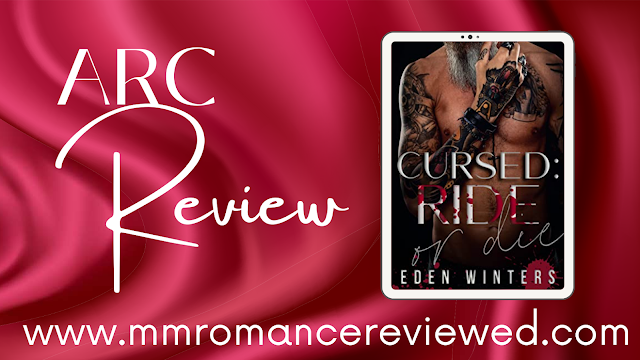 A cursed biker tattoo artist and a shifter hiding from hunters. Filling the loneliness for each other and falling in love, but can they survive together when they are constantly on the run?
From the Cursed: Ride or Die blurb: 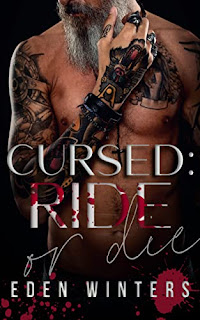 If they stop running, they die.
Slade Slater’s had a great life until he pissed off a sorcerer, who dooms Slade to a life of endless wandering. Linger anywhere for more than a month and his life is forfeit. The only way to break the evil curse? Sacrifice true love. Which won't be an option anytime soon. Slade's been alone for a long time. Cursed nomads, it turns out, are a solitary bunch. After all, who could fall in love with a man who can never settle down? But everything changes the night he stumbles upon an injured shifter.
Noah's never known the companionship of a pack and desperately longs for the security of his own kind. Danger stalks him, forcing him to spend his life hiding from humans until a cursed human lights up his bleak world. Saved from near death by the sexy stranger with tats for days and a big, black Harley, Noah finds that, while he might be the only werewolf in the eastern US, he doesn't have to be alone.
Though they’re stalked by ruthless enemies, Slade and Noah might be each other’s salvation.
If they can outrun the hunters.

Cursed: Ride or Die is a standalone paranormal with shifters and magic, Age gap, and Slow burn.

Tattoo artist Slade is a biker that lives as he pleases until he angers a sorcerer and is cursed to never be able to stay in one place. Stumbling upon a wounded shifter, Slade keeps Noah safe and slowly teaches Noah about living in the human world, his kindness shows Noah that not all humans are bad. Slade promises to help Noah find a pack but as they travel together they can’t resist the attraction to each other. This story is well written with its world building, the slow building relationship and the description of both Noah and Slade’s backgrounds so we get to know their personalities.

I thoroughly enjoyed the bits of magic, action and adventure but especially the time spent with Noah and Slade as they grew to care for each other. Really enjoyable read.

Cursed: Ride or Die is currently available in e-book and can be read as part of your Kindle Unlimited Subscription