Bound to Him - MD Gregory and Ki Brightly 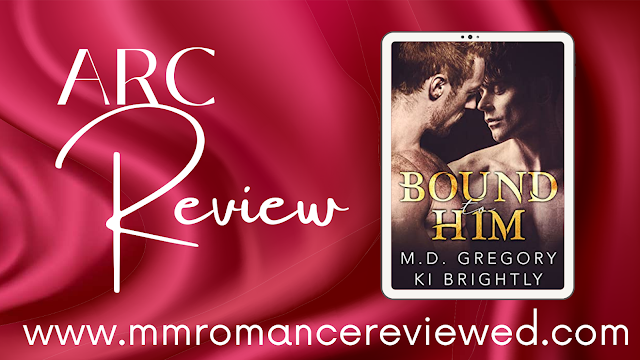 Bound to Him is a tale of revenge in the form of a forced marriage between a ruthless corporate raider and a young art student. Steamy times with a bossy arrogant businessman and a mostly innocent heir that is willing to anything for his family.
From the blurb: 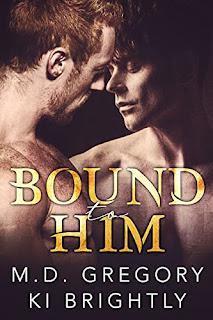 The Billionaire Who Wins at All Costs
Texan Alton Bouchard always gets what he wants. There’s not much money can’t buy, and for everything else he bulldozes his way to victory. The moment he sees Noah Divine, the heir of the Divine Conglomerate, Alton knows he wants him. Alton digs up enough dirt to scare Noah’s father, and before Noah realizes what is happening, he’s contracted to be married to Alton for six months.
The Artist Minted by Money
Noah Divine wants nothing to do with his family’s business. His dream to be a painter has made him his father’s number-one disappointment. When he is asked to marry Alton to smooth over the dark splotches on his family’s reputation, Noah can’t see a solution to the problem except to comply, if only to keep life normal for his younger siblings.
The Marriage Plot
Alton has a plan—a short marriage to Noah, which will give him business as well as personal opportunities. The hitch is that he doesn’t expect Noah to be so pure and innocent, especially since he’d grown up in the moneyed world of Vert Island. Noah wants to hate Alton, but he discovers there is more to the billionaire than he shows. As they navigate their arrangement, they find their feelings for each other grow deeper than they anticipated. Once six months is over, their lives will go back to the way they were before the wedding. But what if they don’t want to be alone again? Can a marriage started with a contract ever become more?
At the beginning of Bound to Him, Alton has a complete lack of morals, but never fear, Noah wins him over, and there is a happily ever after.

Bound to Him is a standalone contemporary set in the authors’ fictional city of New Gothenburg. Age gap. Arranged/forced marriage. Dual POV.

Alton is a ruthless businessman who goes after whatever he wants, and he wants Noah, the young heir of the Divine Conglomerate, and not only for revenge. The reader is immediately meant to empathize with Noah, the young art student that has to give up his dreams and freedom, while Alton is the possessive villain, however, this book walks a fine line and humanizes Alton over time to make him a sympathetic character as well.

Often books that involve a power discrepancy are hit or miss with me, but the interactions between Alton and Noah with the dual POV introspections are thoughtful with background, and Alton is not heartless, he does take Noah’s feelings into consideration. So, the build of a relationship over time beyond the steamy was fun to read, and unexpectedly sweet. Noah was not a spoiled brat and Alton was not a soulless corporate raider and together they are steamy and swoony.