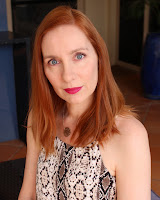 As part of today's celebration of all things Bona Fide Fake, Rebecca Raine took some time to share a little bit about herself and her writing process to join our Ten Things interview- let's jump right in:
Indie or Traditionally published? - Tell us how this works for you...

I’m indie published all the way. I am a total control freak when it comes to my books, which means I want to be in charge of absolutely everything. From the cover, to the keywords, to the date of publication. This is where the “don’t tell me what to do” part of my personality has free rein. I’m way more easy-going in the other parts of my life.

I plot every book to within an inch of its life. By the time I start the serious writing I know what will happen in every chapter. I’ve charted the structure of the story, but also the structure of each act within the story. I’ve completed detailed story arcs for each of the main characters. I’ve written summaries of the chapters and often I’ve been through the structure within those chapters. Of course, it can still change as I’m writing. I may end up deleting some chapters, adding others, or twisting the ending in a new way. But if I didn’t have all the major details sorted before I began, I’d spend every writing day in a perpetual state of panic.

My first MM Romance novel was All the Broken Pieces, the fifth book in my Finding Forever series. The fourth book in the series was an MMF story that ended in an MF couple. The extra male character, Jeremy, did a lot a learning and healing throughout the course of that story, but always knew it was not ultimately where he would end up. He did, however, return in the epilogue with a boyfriend of his very own, Harrison. That was where the series was supposed to end.
Harrison disagreed. He parked himself in my head and argued for Jeremy’s right to another book. “Do you have any idea what we went through to be together?” he demanded. I had to admit I did not. “Well then,” he continued, “don’t you think you should find out?”
I was nervous about writing an MM novel (even though I’d written two MMFs). What could I possibly have to say about a relationship between two men? Did I have any right? If I didn’t do this, would Harrison ever leave me alone?
In the end, I rolled my eyes and picked up my pen to write a short story about Jeremy and Harrison. It ended up being the longest book in the series.
Jeremy and Harrison’s story is still very dear to me. They really did get put through the wringer before they reached their happy ending. I’m a better person, and a better writer, for having told their story.

I can blame this book entirely on my readers! The first book in the Experimental Love series, The Experiment, was written as a standalone novel. There was never supposed to be a sequel. But there was this one character, Toni (with an I), who some of the readers fell in love with. They wanted Toni to have a story of his own.
When I sat down to think about what my next book project would be, who do you think showed up? With a cocktail in hand and dimples to die for, Toni was ready and waiting for his happy ending.
My first question was, who will Toni fall in love with? I didn’t even have to think about it. The name popped into my head in the same instant: Ned.
Ned did appear in the pages of The Experiment, but barely. He was the lead singer of a rock band Patrick and Logan went to see on their first date. I knew he went to high school with Logan, he wore leather pants on stage, and Patrick referred to him (with annoyance) as “the sex god who’s flirting with you”.
Other things I knew about Bona Fide Fake right from the start. Ned would be a total fool for Toni’s dimples. I’d finally found the perfect couple for a fake boyfriends trope. And finally, Toni would never, ever consent to faking anything!

I have a desk in the corner of our living room where my computer is set up. It has everything a mini-office could need: drawers, a pin board, document trays. Although, during school holidays, I kind of wish it had a door. 😊 When it comes to doing the actual writing I could end up at my desk, on the couch, in bed, or anywhere else that seems comfy at the time.
During school terms I generally try to limited my work to Monday through Friday. I begin when the kids leave for school and work until they get home again. Ideally, I write in the morning and do marketing/admin work in the afternoon. Most days are not ideal, but I try.

I’ll be working on the third book in the Experimental Love series next. I’m proud of the fact that I figured out there would be a third book before sitting down to write it. Hint: Readers of Bona Fide Fake will know exactly who the third book is about.
After that, I want to start a new series which will have six books and is set in a big share house in the suburbs of my hometown of Brisbane. But I have a lot of story ideas currently competing for attention, so I may get distracted by one of them.

Getting the words to sound exactly the way I want them. That’s the hardest part. Writing words is easy. Writing well is really, really (add really a few more times) hard. I have trouble letting go of paragraphs until I’m completely satisfied with how they sound and look and feel. I’ve been known to get stuck for multiple weeks on the same few hundred words because I haven’t got them quite right yet. This is why I’m so slow to publish. Because I can’t let the words go until I know they’re the best words I’m capable of putting on the page.

Anywhere and everywhere. Sometimes an image will spark an idea, or a song lyric, or a writing prompt. Sometimes a line of dialogue will appear in my head and a scene will unfold from there (that’s exactly how The Experiment began). Sometimes a side character will put their hand up and demand I pay attention to them. Other times I’ll begin to flirt with an idea in one book, and then go on to explore it further in the next.

Most of my family know what I write, but only my mum reads my books (I try not to think about that when I’m writing them. I may need to start a secret pen name at some stage 😊). I’m happy to talk to friends about what I write, but none of them read my books either. All of this makes me incredibly grateful for my cyber friends, both readers and fellow authors. Online communities are where I’ve found my ‘pack’ and get the sense that I belong. 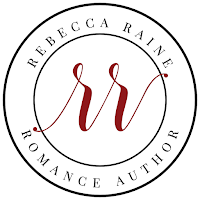 You can also visit my WEBSITE. If you want to keep up to date with the latest info regarding my books, as well as exclusive content, articles, and soundtracks? Sign up to my MONTHLY NEWSLETTER and receive a FREE MM Romance as your welcome gift!

Make sure you stop by the Release Blitz for Bona Fide Fake, check out our reviews and enter to win the giveaway!
Author Interview